Disney Infinity was a TOP played game in our house since we got it last year so when the kids heard about the Disney Infinity 2.0 all 3 of them were ecstatic for it to come out. Their favorite thing is the amount of characters that you can purchase and change the game up and for those who are looking at getting Disney Infinity my suggestion would be get the new 2.0 starter set and buy all the original Disney Infinity characters because you can play the old ones on the new game but not the new ones on the old game. Also right now I have been seeing the original game figures marked down at great prices so if you are on a budget and this is a game your kids are wanting you can get them quite a bit of characters from the original set and have the 2.0 edition.

I am not going to get in to the technical stuff because well really I know you all are for the most part and like me, LOVE Disney and want something that your kids will enjoy. It is not always about the techy stuff for us 🙂 There is a TON that is new with this game compared to the first one and it is AWESOMENESS at its best 🙂 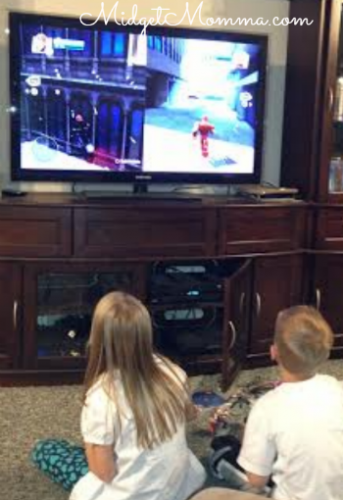 The kids have been put to work testing this out for a few weeks and they have not had any complaints about it and they have been having fun trying out the new characters. the new worlds and being able to play the game together as a team. Which is one of the big things I like about this game is that they can all work together, and create and play and have fun. 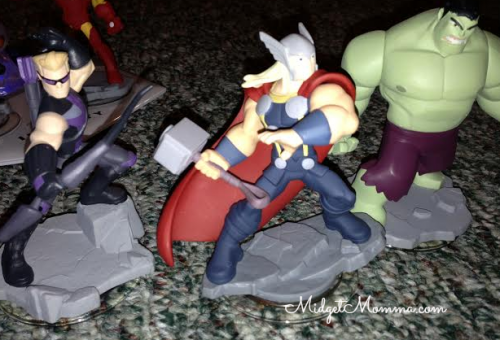 Here is some information about the new Disney Infinity 2.0 system

•   Creators – Tools that the player can place into the world in real-time, and a themed arrangement will be procedurally build that world within minutes.

•   Builders – Non-player characters (NPCs) that a player can drop into their Toy Box to build out detailed worlds.

Templates – Players can use these pre-built Toy Box Games ranging from battle arenas to race tracks and customize them using the items saved in their personal Toy Boxes.

Toy Box Games – The Disney Infinity: Marvel Super Heroes Starter Pack will feature Toy Box Game discs, which players can use to access standalone game modes including Tower Defense and Dungeon Crawler games that any character from across the Disney Infinity universe can play.

Interiors – Players can now create their own interior levels where they can build rooms and theme them to their favorite characters. Unlock hundreds of furniture pieces and decorations based on iconic Disney and Marvel properties. 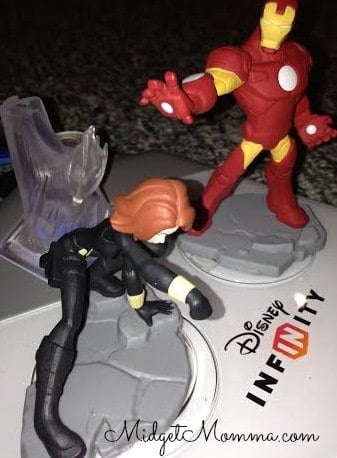 •      Challenge Maker – Allows players to create any type of game, including structured games within the Toy Box.

•      Toy Box Game Maker – Allows creators to restrict core actions typically available in the Toy Box, such as the use of the magic wand.

•      Text Creator – Allows builders to write their own text bubbles in the Toy Box. All text is filtered through a safe chat server for friendly writing.

Improved On-Boarding – The introductory Toy Box will now be filled with Game Play Hosts who are available to assign missions and answer questions, as needed. Players are free to learn and explore on their own, but can ask a host for help and they’ll even be rewarded with extra goodies once missions are completed.

Updated Online Services – A Newsfeed screen has been added to the main menu, giving the user an overview of the new online services:

•      Like and Search User-Generated Toy Boxes – Players can “like” their favorite published Toy Boxes and find others that are well received. Quickly search through the published Toy Boxes using categories (developer picks, most liked, most downloaded, newest, trending, all Toy Boxes and Disney 1.0), and further refine the search with filters (genre, character required, ability required and Toy Box Games).

You can purchase this game on Amazon.

Disclaimer: I was sent this product to review. No compensation was received and all opinions are 100% my own. 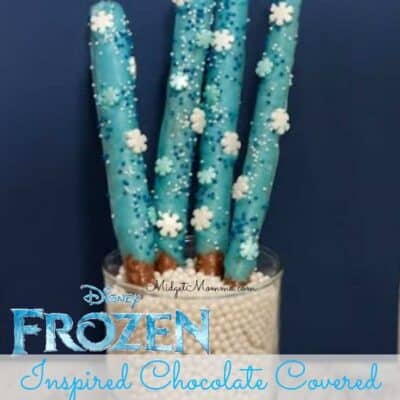