My daughter has been wanting another puppy for a while now. I think I figured out a way for both of us to be happy. Today I got her the Furreal Tug ‘n Luv Puppy from Hasbro! Hasbro has found away to make an average stuff dog toy into something exciting.

This will actually interact with your child. My daughter has decided to name her baby puppy. Yes I know it’s a great name, very original. When we get around to getting a real dog we already know who will not be in charge of naming it. Well she has fallen in love with baby puppy. It comes with a toy that doubles as a rope and a treat. You place the rope end of the toy into your puppies mouth and it will actually make noises like she is playing tug-of-war with you. My daughter keeps asking me to get out Chloe’s rope toy, That way she can play tug-of-war with her puppy as I put a tug-of-war with our dog. It is funny to hear the two different dogs making tug-of-war noises.

After you get your puppy all tired out from good game tug of war, you can turn to the treat side and give them bite of the cupcake. When your child placed the cupcake into the puppies it will make cute little noises of the eating. This always makes my daughter giggle. The Furreal feeding pets are also available as Peek-A-Boo Daisy and DJ Howler. Make sure you run out to the stores or Amazon and pick up a Furreal pet for your child today, the kids will love them!

Disclaimer: I was provided this product free of charge to facilitate my review. No compensation was received and all opinions are 100% my own. 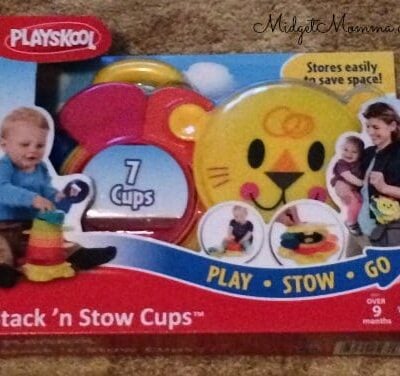