↑
Home » Just Stuff » The hardest decision of our life

Well as you all know we are working on buying our first home, of course when I posted a few weeks ago about it I said I hoped by sharing that I was not jinxing us but as it turns out I did just that and the house fell through and now we are on to house hunting for a new house and on a major time crunch as we have to be out of the house we are renting by April 30. (Which is also the house we had planned on buying) so now we are left with a decision that will change our lives forever.

We had a plan, we had a plan to buy this house, stay here forever in New Jersey and enjoy the life that we had started in motion here. With the house buying falling through it has opened up new options. But I should back track a little bit for those who are new and don’t know about our many moves.

Tom and I got married in 2004 in 2005 we moved to New Jersey from the poconos when he got home from basic training and tech school for the Air Force, in 2007 we moved to a second house in new jersey and in 2009 we moved to a 3rd house in new jersey (we were military living on the base and they were building new homes) in October 2010 we moved back to Pennsylvania when Tom got out of the military and then in November 2011 we moved back to New Jersey to a town outside of the base and then in 2012 we moved to the house we are in now. We had plans of this being our final spot, as we have moved a lot, the kids have never gone a full year in the same school and that was something both Tom and I want for our kids. Being in the military the friends they had and grew up with for 5 years are no longer at the base we were at with the exception of 1 family who will be moving this year and so the kids have never had friends who could be childhood play with all the time friends until we met a family a few houses down from this house and not only have McKenzie and their daughter become BFFs, their mom and I have become great friends and all the kids get along and play well and it is something that I had always hoped we would find as a family, another family who everyone got along and their kids felt like my house was their second home and my kids felt like theirs was a second home.

With the buying of this house falling through we have 2 options that we face. One being look for a house on this block (because if we move from this neighborhood the kids have to change schools) or moving back to the poconos. Each one has its ups and downs and neither one is really a “bad” choice per say but neither one is perfect. In the poconos we would be closer to my parents, the kids would be able to spend more time with them and there the houses cost quite a bit less that buying a house with 4 bedrooms is possible. Here they have their close friends that I have always wanted for them but a downside is that no matter what house we get here the option of 4 bedrooms is not possible. To keep the kids in the school they are in the houses in that section that are up for sale and in our price range don’t offer the ability for each kid to have their own room.

We looked at houses yesterday and I love the one that we say that is a total step back into the 70’s with the bright blue carpets, wood panelling, and yellow bathtub and toilet. Of course I love it, Tom on the other hand sees the option of getting rid of all the things I love LOL. The kids were not fond of the house at all with the exception of the space that it had but the idea of having to share a room was not a happy one for McKenzie as she would have to share with Alyssa.

Then we look online at homes in the poconos and the amount of house, land, space ect is so much more for less money then we would get here in New Jersey. It gives us the option of leaving suburbia (which I don’t know if I have shared this before or not but I have a great love for trees, I grew up in the middle of the woods in the poconos where I couldnt see my neighbors and personally I much rather that then suburbia, but Tom prefers suburbia)

We asked the kids their opinions and faced the same issue Tom and I have personally right now. They like the same things about each place that Tom and I do and the downsides are the same. None of us can make a choice.

This is our final choice of living because after 9 years of marriage and far to many moves then I ever would have imagined I am ready to have a final stop, a home of our own and not have to move again. I want the kids to have a childhood home, that is filled with memories. Currently all of the memories of my kids first were left in homes that we were renting and I am so done with that, I want to be able to walk in a room and say “Remember when so and so did this right here”.

So here is to hoping that soon (Because it has to be soon) we can make the choice of where will be the right place for us to be as a family.

And for what its worth, we flipped a coin to try picking and thats still did not help LOL 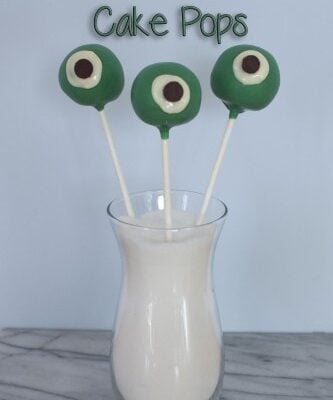