↑
Home » Just Stuff » Should teenage Mistakes Follow Someone for Life?

(Edited to add this has NOTHING to do with the Duggars)

The news is filled with TONS of crazy stories, things that are shocking and more so the behavior of people being shocking and things we would not expect from them. They are people of ALL different ages and there is one common denominator, whether they are a teen/underage or an adult, their mistakes follow them where ever they go and no matter what they do. I totally understand a 40 year old dealing drugs, going to jail and being looked at as a drug dealer all their life even if they have changed (which people can) but they know that as an adult that they are taking that chance of getting caught and living their life and it being dictated by their actions.

As for teenagers they are in learning stages of life, is it really fair to have their life dictated by a mistake? I know a few people who were AMAZING people in high school, they were people who would give you the shirt off your back, they would help you when you needed a hand up and they were good, quality people who you wanted to surround yourself with…. now I wouldn’t even say hello to them because the choices they have made, the actions and things they partake in are nothing short of being just a plain old jerk who doesn’t care about anyone else and they are involved in activities that are so far from what I would ever expect from them when I knew them in high school. I watch the news or read the newspaper now and see people getting arrested locally involved heavily in things like drugs that were as close to straight and narrow as they could be when we were teens.

I know people who were as teens involved in things like drugs, or violence, they were the people you stayed away from in high school because you knew just associating with them in any way, even a school project would get people talking and give you a label and now they are on the straight and narrow, they are the ones with great jobs, changing the world and doing good and the exact opposite of what they were 13 years ago when we were in high school. They are now the people who give the shirt off their backs to someone in need, and yet they were horrible people when they were teens.

I wrote a post a few months ago about how parents should Never Give Up on Your Kids! A few wrong turns won’t dictate their life where I shared some very personal experiences and that 13 years ago I was not the same person I am now. Now I never did anything that was extremely bad, nothing that landed me in jail, but there was a time when I was a teen where I stole clothing from a store (something I am not proud of) but if I were to be judged on that one mistake I would be labeled a thief, I would be looking at someone who needs to be watched when you are around them and that jail is in my future and for me the outcome is the opposite, I give and give as much as I can, I help people in any way that I can and I wouldn’t even think to steal anything from a store.

One time one of my kids stole a small toy from a store, they put it in their pocket and I didn’t notice it until I went to put them in their car seat (they were under the age of 7 but old enough to know it was wrong) and instead of buckling them into their seat I unloaded the other kids, walked into the store and made them ask for the manager and give back what they had taken and apologize and I offered to pay for the item and then leave it there to show them that it was not ok and that when you take something that is not yours there are consequences. If their whole life I looked at my kid as a thief and treated them based on that one action, then their whole life would be dictated by one mistake, a mistake that they learned from, a mistake that was wrong but at the end of the day was still a mistake.

As a parent my goal is to teach my kids right from wrong, to parent them and raise them to be good, loving, giving people, to teach them about life and to teach them about mistakes and part of that teaching is that everyone makes mistakes. We are not perfect, no one is. No one can walk through life and say they have never made a mistake, we are human all of us and we make mistakes. As a mom that is something that is high on the priority list of teaching my kids, and not only do we all make mistakes, but we learn from our mistakes and that our mistakes do not define us.

Now I, along with all parents, have to think about how I am going to go about it when my kids are teens, is a mistake like stealing from a friend’s house or trying pot going to be one that I as a parent cannot handle in the privacy of my own home without the worry that later in life, it might come out that I knew my kid made a mistake and committed a crime and I as a parent handled it in the privacy of my own home instead of reporting it to the police? Don’t get me wrong if my kid told me they killed someone the authorities would be called because I would hope that any parent would do such a thing for the sake of the other family and because that is a violent crime.

But what about the small ones, what about the ones that could land on their record for LIFE, follow them where ever they go and what ever they do and could ruin their life and it was simply a teenage mistake?

What if my teenager thinks its a “good idea” to run through my yard naked (which would be illegal after a certain age and considered indecent exposure), should I call the police on him for it and make it be a part of his record or should I bring him in the house and handle it with in the 4 walls of my house and give appropriate punishment and tell him if he ever does it again that I will call the police on him? But if I should choose to give him a lecture and punishment in my own home will I have to worry that someone is going to think I was wrong for my choice and then call the police on him and then children and youth on me?

Obviously different actions have a different level of consequences and things like shoplifting are not the same as dealing drugs or committing murder, but the teenage years are a time when teens are trying to figure out life and get ready for adulthood.

Is it fair to fault the parents for handling a situation that happens in their own home like catching a child smoking pot for handling it themselves instead of calling the police when yes they are crimes but they are also mistaken. They are also mistakes that as a parent, I shouldn’t be blamed for, the actions were on my child and a child’s actions don’t always reflect the upbringing or moral beliefs of their parents.

Do you think a person should have their past follows them from when they are underage/teens into adulthood and their actions should always follow them?

Do you think parents should be held responsible for their children’s actions?

Do you think that parents should be worried that handling situations could come and bite them in the butt later in life because they handled the situation the best way they thought would work? 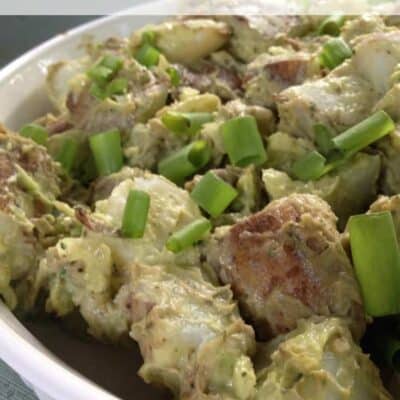