This is a post prepared under a contract funded by the Centers for Disease Control and Prevention (CDC) and written on behalf of the Mom It Forward Influencer Network for use in CDC’s Get Ahead of Sepsis educational effort. Opinions on this blog are my own and do not necessarily reflect the views of CDC.

When you have kids the amount of things to be on the lookout for can be stressful. We don’t always know what we are looking for because there are so many things that can happen. When I found out that I had the chance to share CDC’s important messages about being alert to the Signs and Symptoms of Sepsis, I knew it was a perfect fit for me—even though talking about the signs and symptoms of sepsis isn’t a fun topic to talk about.

I have dealt with some scary stuff when it comes to my kiddos. When Logan was 2 years old, he was hospitalized for MRSA. Seriously, it was one of the scariest times of my life as a Mom. I did not know until recently that Logan’s MRSA could have turned into sepsis had it not been taken care of.

Anyone can get an infection, and almost any infection can lead to sepsis.

Logan’s MRSA made me into a Mom who tries hard to be in-the-know about medical dangers that my kids could be exposed to. Over the years, it has also made me one who wants to help other moms be well-informed about things that can affect their kids. 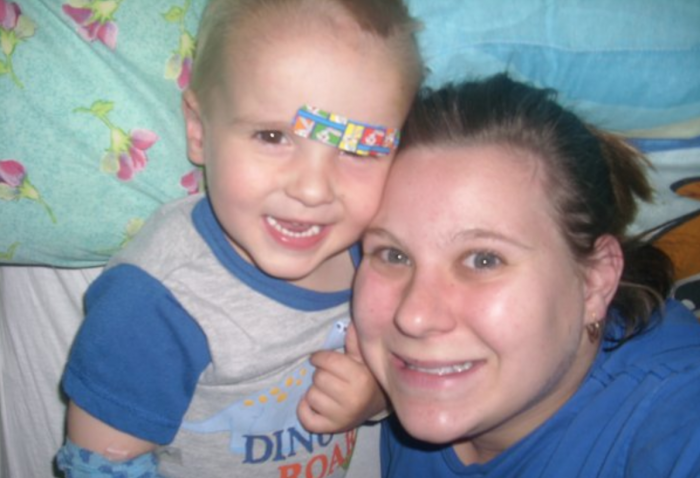 Until recently, I had no clue about sepsis and how dangerous it is. I actually found out about it when it affected my friend’s daughter.

My friend’s daughter was complaining about hip pain and ankle pain, so her parents took her to the Emergency Room. The doctors said the ankle was swollen, so they couldn’t get a good x-ray and they assumed it was fracture in the ankle. They put her in an ace bandage with a pair of crutches and sent them home.

Within hours of getting home, the pain she was having didn’t go away and her daughter didn’t stop complaining of the pain. They ended up back at the doctor, going to the Emergency Room where they found she had a septic joint of the hip and signs and symptoms of sepsis. She was rushed to have an emergency surgery on her hip to remove the infection and then she was given medication to make sure all of the infection that led to the sepsis was out of her body.

That is SCARY stuff! Like, really, really scary stuff! Until my friend and her daughter went thru it I had never even heard of sepsis. I didn’t know the signs and symptoms of sepsis and neither did she, but I wish we had known. Only 55% of Americans have heard of sepsis. That is scary, not only do many people not know what to look for but it’s a life-threatening condition many don’t even know exists.

That is why I think it is extremely important for moms to know about the signs and symptoms of sepsis. We need to know when something could make our kids sick so we can be on top of things. Had my friend known the signs and symptoms of sepsis, she could have had a much easier time making sure her daughter got the treatment she needed the first time they went to the doctor. Thankfully, they were able to get rid of the infection with emergency surgery and antibiotics, and now her daughter is fine.

After hearing the whole story from my friend, I went on a Google hunt for the “signs of sepsis.” I am going to suggest you don’t do that! Instead, use the Get Ahead of Sepsis resources from the CDC. The CDC provides educational materials and resources for patients, families, and healthcare professionals so they can know the signs and symptoms of sepsis. Resources include fact sheets, brochures, infographics, and an educational video called, “Four Ways to Get Ahead of Sepsis.” This is information that, as a mom, you’ll want to know about!

Sepsis is the body’s extreme response to an infection. It is life-threatening, and without timely treatment, sepsis can rapidly cause tissue damage, organ failure, and death. What makes it even scarier is that anyone can get an infection, and almost any infection can lead to sepsis. We have to be on the look-out so we know the signs and symptoms if it were to happen to our kids.

Sepsis can be hard to recognize, so it is important that, as moms, we know what to be on the look-out for so we don’t miss it and can get our children to the doctor ASAP!

Signs and Symptoms of Sepsis

How to Get Ahead of Sepsis:

Sepsis is a medical emergency. If you or your loved one suspect sepsis or has an infection that’s not getting better or is getting worse, ask your doctor or nurse, “Could this infection be leading to sepsis?”

To learn more about sepsis and how to prevent infections, visit www.cdc.gov/sepsis.

For more information about antibiotic prescribing and use, visit www.cdc.gov/antibiotic-use.

Disclaimer: This post is sponsored by the CDC. All opinions are 100% my own.

Hey There! I am Lauren, a short mom (4 foot 10 to be exact!) who has a passion for helping others and always has a cup of coffee in hand. With amazing recipes to help the home cook become a home chef, along with fun family travel, fun crafts and More! Grab a cup of coffee and join me!
Custom design by Pixel Me Designs
Midget Momma is licensed under a Creative Commons Attribution-NonCommercial-ShareAlike 3.0 Unported License.
We use cookies to offer you a better browsing experience, analyze site traffic, personalize content, and serve targeted advertisements. If you continue to use this site, you consent to our use of cookies.Accept Read our Privacy & Cookie Policy
Cookies Policy
Necessary Always Enabled
33shares