When you are making the transition from Military life to Civilian life, the unexpected happens. There are things that occur that all the planning in the world will not change. Tom and I have lived the Military to Civilian transition, and in some instances, still are. Our hope is that we can help to warn others of those things that unexpectedly will pop up. 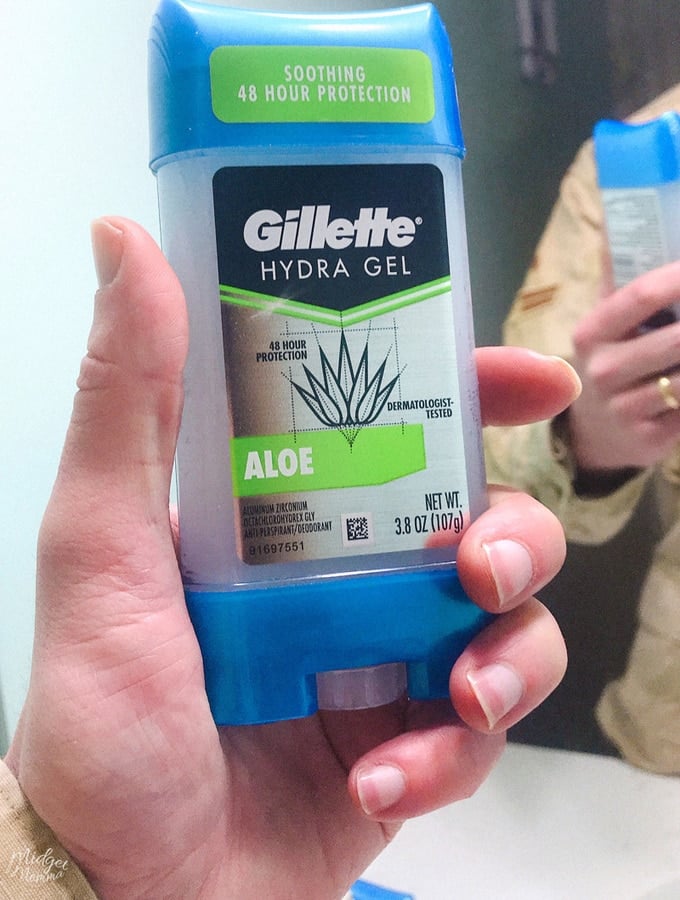 I have partnered with Gillette deodorant to help get the word out about the lesser known challenges that service members face when retiring or separating from the military to re-enter civilian life.

Gillette deodorant wants to celebrate the everyday heroes who persevere through that transition all while balancing the everyday demands of their job, family life, and any number of additional challenges they face.

This summer you can help our service members thanks Gillette deodorant in partnership with Operation Homefront. Gillette deodorant will be running a “For Every 2 Sold, We Donate 1” program at select retailers throughout the summer.

Their new Hydra Gels antiperspirant is made with real ingredients like aloe and eucalyptus. Hydra Gels provides 48 hour sweat protection, hydrates skin and has fast-acting ClearShield technology! It is perfect for all those stressful times that occur during the military to civilian life transition and everything in between. Plus I have to say, that Tom smells AMAZING when he is wearing it! 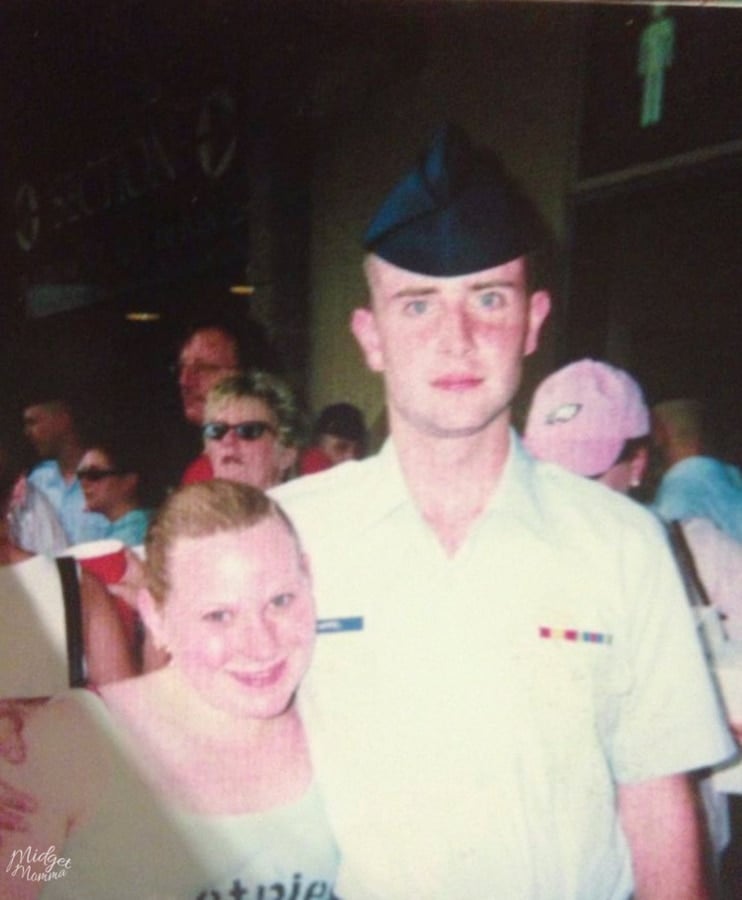 Transitioning from Military to Civilian Life

In 2010, Tom and I got short notice that his injury while on deployment in Afghanistan, would be turning into a medical discharge from the Air Force. While we had some warning and some time to plan, there were many things that occurred that we never expected. We had challenges to face that no one ever told us about. These challenges are ones that are not talked about as much as they should be, so I am happy that Gillette deodorant is working on being a voice and giving me the opportunity to share our story in hopes of helping other military families.

It took our family quite a few years to get on our feet again, both financially and mentally. We were not informed about the many resources that we were able to use that would have helped us greatly, like Operation Homefront. So if you are finding yourself making the transition from military to civilian life, do research and find the programs that can help you if you were to need them. They can save you and your family from a lot of stress. 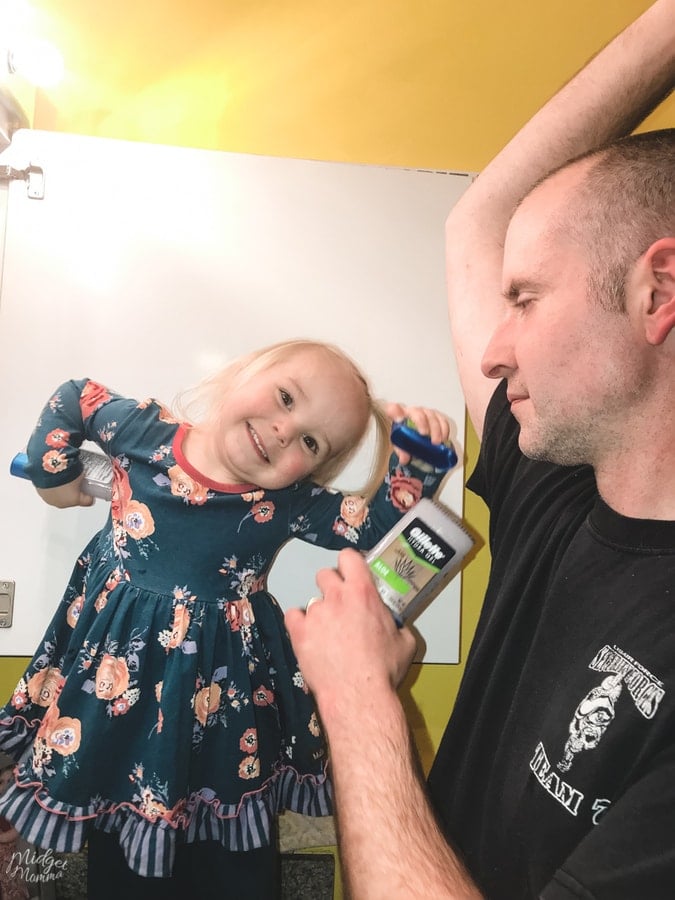 One big thing Tom and I both faced was losing a part of our identity. You might not realize it, but your military life becomes a part of who you are.

For myself it was losing my military spouse identity and the accomplishments that came with that. I was a military spouse who was involved with making things better for the service members and their spouses in Tom’s squadron. I spent hours volunteering at the Airmen’s Attic. I spent hours volunteering at the community center. I spent hours helping other spouses when their husbands were deployed. I spent so many hours helping our base community, that I was recognized for it from the base commander and given a commander’s coin. In the civilian world, that means absolutely nothing.

For Tom, he lost his identity of being an Airman. He lost being able to call himself an Airman. He lost his accomplishments: the work he put into advancing rank, having good PT scores, volunteering his time no longer meant anything when he traded his military uniform for civilian clothing.

We both knew that it would be that way, but neither of us expected the impact that it would have on us fully. It is a bit hard to put into words how the change affects a person. Putting that information on a resume means nothing to a civilian employer. Having accomplishments that were worked so hard for suddenly had no value. This is just the tip of the iceberg when it comes to how this transition affects a person’s identity. 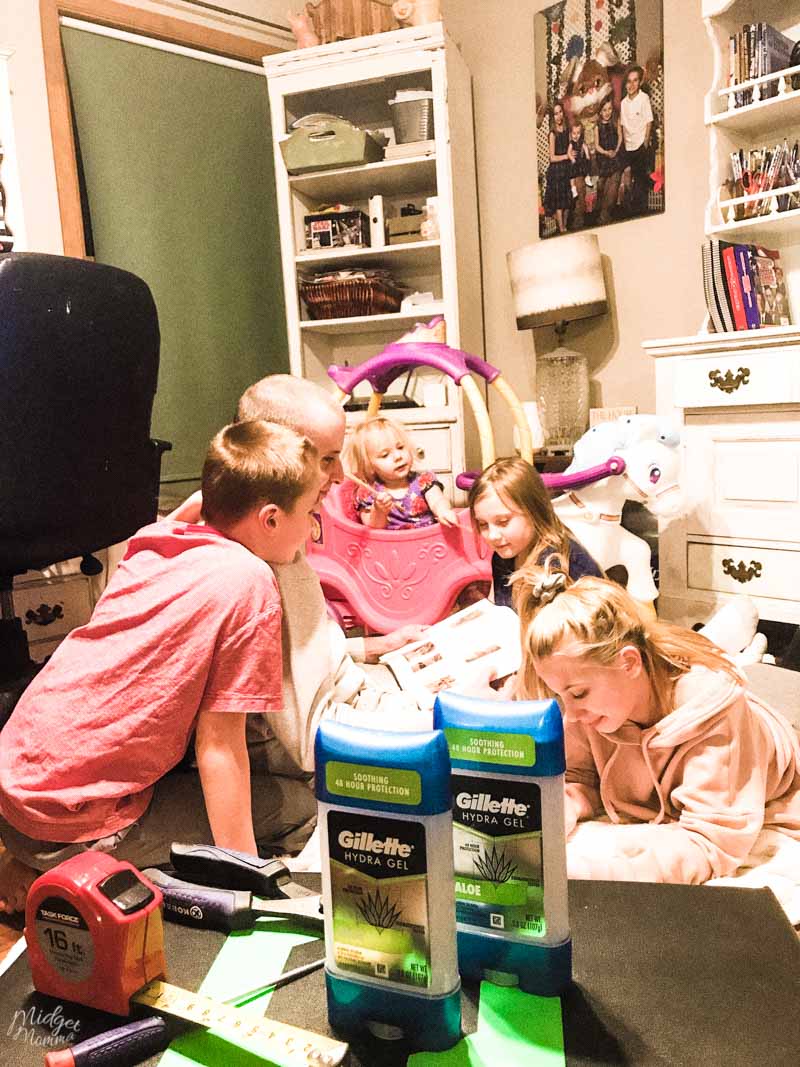 Tom was able to work for a short time (after struggling to find a job) after his medical discharge, however that was short lived due to his injury. Currently I am the one working. He helps homeschool the kids and does the majority of the household cleaning.

This change was a big adjustment for both of us and our kids. We were all used to him being the main breadwinner and me holding down the fort at home. It was not an easy change for any of us. It also took more of Tom’s identity away from him than we realized it would while planning for this transition. Because of Tom’s injury, this change was necessary.

On top of the role changes, came the comments from others around us that Tom couldn’t provide for his family and needed to get a job. If you’re a civilian who knows a service member who is now not working and the household roles have been reversed, PLEASE, do not comment. The now veteran is struggling already as it is and you most likely have no idea how much they would trade in to be able to work.

Moving a lot is something that is expected when you are military, however it is also something that you may find yourself dealing with as a civilian family too. Our family moved four times after Tom made the transition. It took us time to figure out where we wanted to be, what we wanted to do, and where we would be able to survive.

It took time to figure out what location would be best for all of us, and to be honest I am not 100% sure we have found that yet. Currently we are in a location that we are able to make work, but there are still challenges that we deal with as a family. Tom still has a long drive when he needs to go to the VA and we would much prefer to be closer. For now, we are dealing with this shortcoming but aren’t sure our current location will always work out. 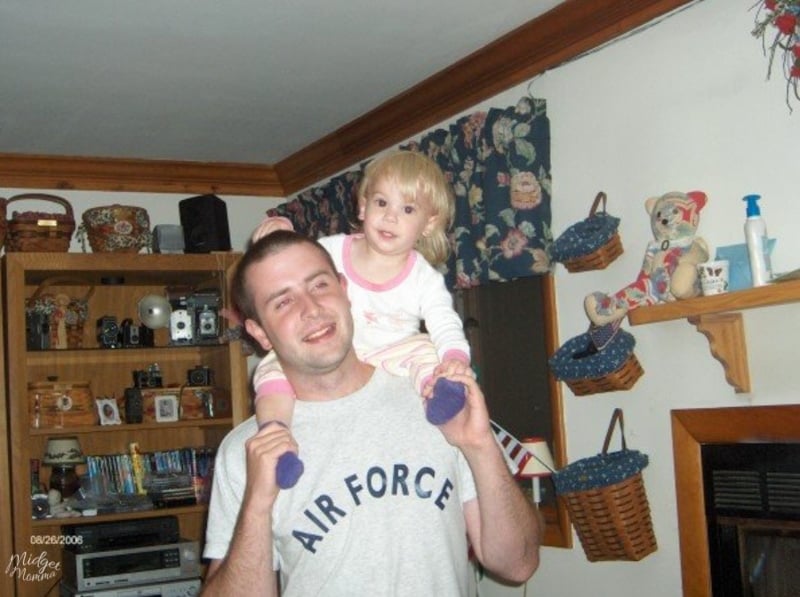 I am still in contact with my military friends and talk to them often. I share in the excitement when one of them has a military or life accomplishment. We support each other in everything we do. However the civilian world has a much different feel when it comes to community.

While you are active duty, you do not realize just how different the community feel is when you are “in the gates of the base”. However, when you are no longer within the gates, you can totally feel the difference.

It is hard to properly explain, the change that comes with leaving the military community. In fact it was hard for the both of us to realize what we felt was “missing” for a while until it hit us. The common denominator between everyone being “military”, is one that made more of a difference in our life than we realized and wasn’t obvious until we were living the civilian life for a few years.

5. Others not understanding your life change.

This is something Tom and I still face daily. People do not understand the life that we have now. While our daily life includes Tom’s physical injury it also includes Tom’s anxiety and PTSD. I’m not going to lie, it is a struggle at times for the both of us. He utilizes the resources he can and I do what I can to help him but even that help is limited in making a difference.

Many people close to me still don’t understand it years later. There are times that I take the kids myself to things because Tom cannot be around them. We have come to the agreement that I will take them myself when possible, so the kids do not miss out on things. But with that comes ridicule directed at Tom for not being as involved.

Things like going to 4th of July fireworks that are “normal” for others is something we as a family skip. There are no concerts or other places where the noise is loud or events where things have the potential to get hectic for us either. Places with large crowds are also avoided as much as possible. What seems like a normal activity to you, may be one of the biggest struggles that veterans face.

We had a time where our very well meaning family members gifted Tom and I a cruise and they offered to keep our kids so we could go. This wasn’t something Tom could handle. When on active duty he went to basic training, and from training he was deployed, taking time away from being with us as a family. Taking a trip intentionally that would cause him to leave his kids behind is not something that he can do now. While we both appreciated the gesture, our experience as a military family taught us that family time is limited and precious.

It has been 9 years since Tom put on that uniform and while some of the things that were struggles before have gotten better, there’s a lot that has not. It is just something that we have to work together on, and not everyone understands it.

If you have a friend or family member who is making the transition, or has made the transition from Military to Civilian, be patient. And be sure to check out the Gillette’s new short film, ‘Every Hero Sweats, Some Never Show It” here and learn about the donation program and how YOU can help. It is an amazing video, that really hits home for Tom and I. 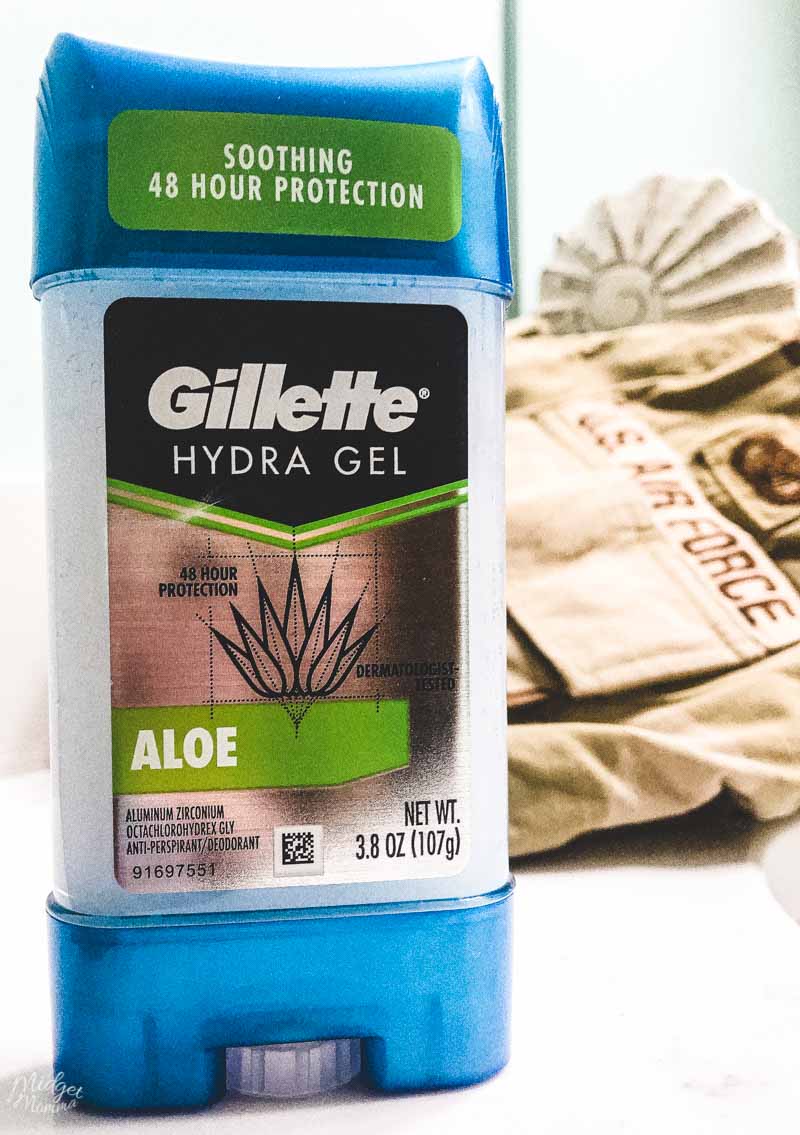 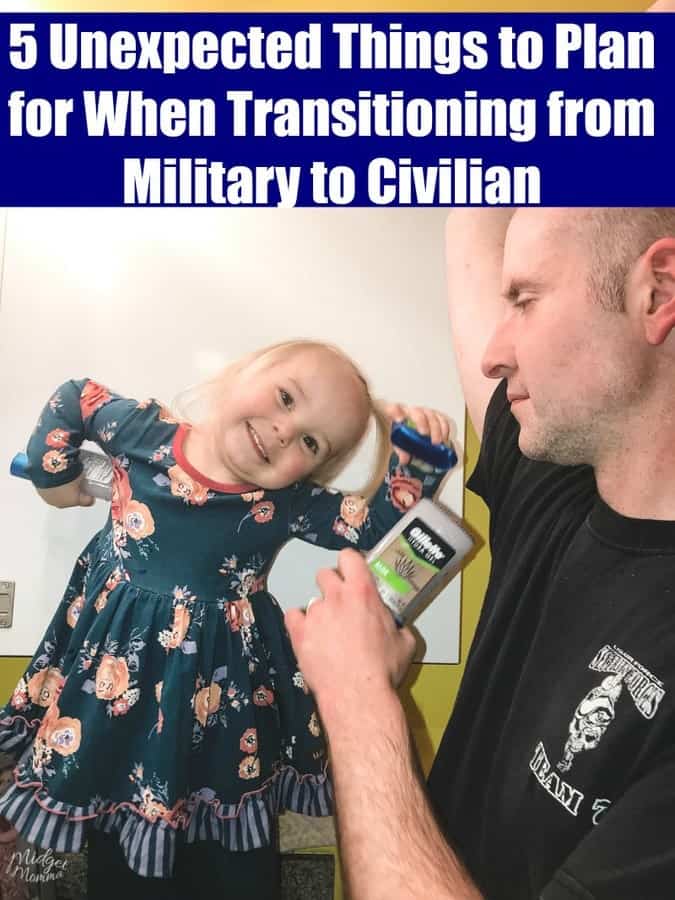 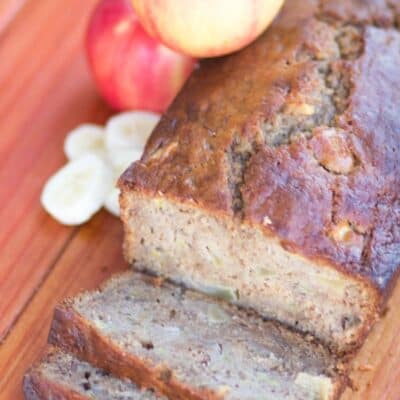 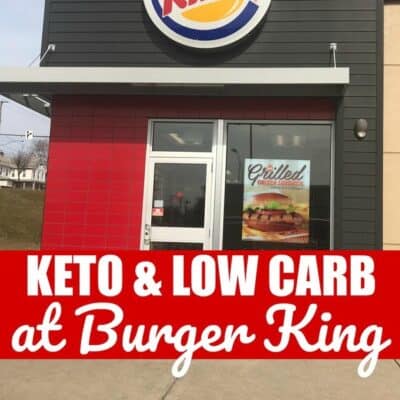 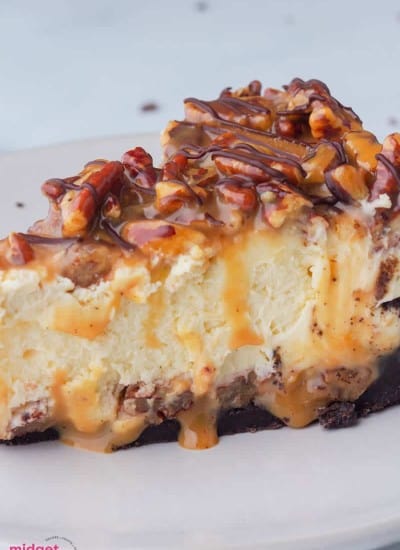 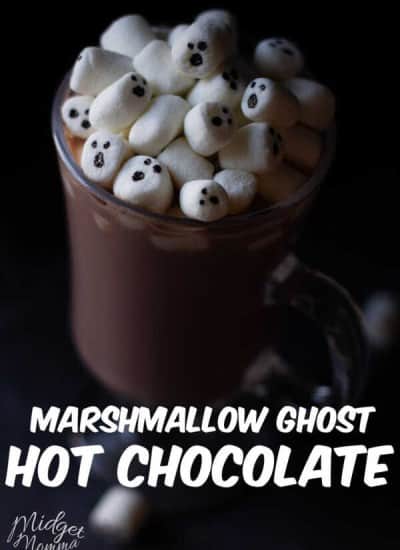 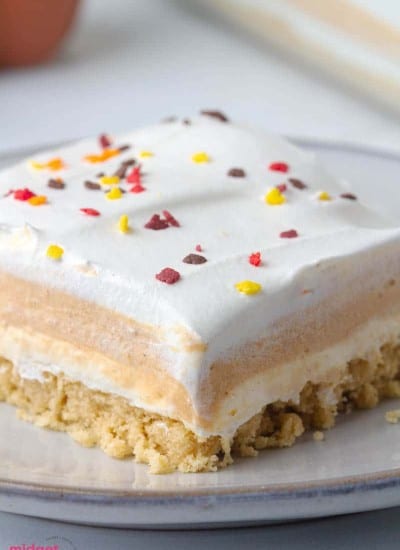