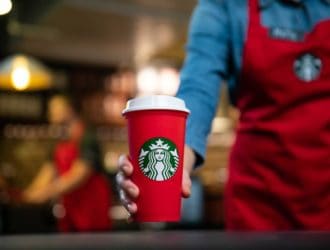 Woot Woot! Time to get our Starbucks Holiday drinking ON! Today only get your FREE Starbucks Red Cup when you buy a drink at Starbucks today! I for one am going to be treating myself to some Peppermint Mocha! What will you be getting? Calling all Starbucks fans you are going to LOVE this one! Starbucks holiday cups and beverages are back tomorrow, and this year there’s a deal! Free Starbucks Cup on November 7th! Today, November 7th, … END_OF_DOCUMENT_TOKEN_TO_BE_REPLACED 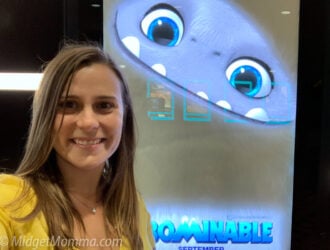 Considering going to see Abominable In Theaters? We saw it and it was such a great family movie! If you are considering taking your kids then you will want to read the 3 Reasons to Take the Family to See Abominable In Theaters. This past weekend we went to see DreamWorks newest movie Abominable in theaters and I am going to tell you not only is the movie amazing but you HAVE to see it in 4DX. This was my first 4DX movie and I thought it … END_OF_DOCUMENT_TOKEN_TO_BE_REPLACED 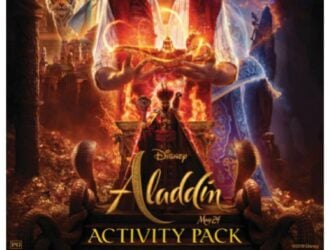 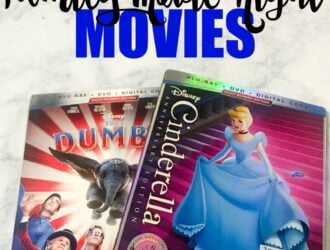 Family movie nights are always something we love in our house. Summer time ends up being the perfect time for them because there have been so many great movies released and it is a great way for us to escape the heat. These are The 5 Best Movies For Family Movie Night this Summer! We make a big bowl of homemade popcorn, grab out blankets and pillows and get comfy in the living room. Then we all enjoy family time while watching a movie that is … END_OF_DOCUMENT_TOKEN_TO_BE_REPLACED 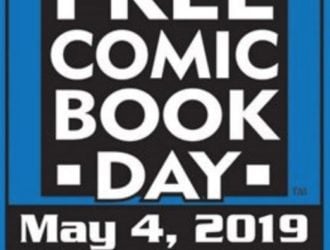 Mark your calendars for Saturday May 4th! It is FREE Comic Book day! My kids love going to FREE Comic book day each year! FREE Comic Book Day   Every year I take my kids to FREE Comic Book Day. We always have so much fun looking thru all the comic books for them to pick out the one that they want. Most of the time they don't even make it home before starting to read them! It is such a great way to get the kids reading! What is FREE … END_OF_DOCUMENT_TOKEN_TO_BE_REPLACED 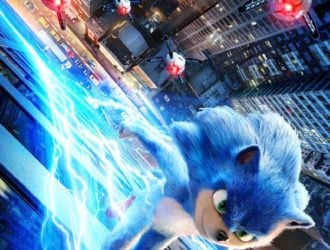 No one throw anything at me now that I am mentioning gift ideas in September, but I have found the perfect gift for anyone on your holiday shopping list that is a big music fan or a mom! The new Sony Noise Canceling Headphones! If you are a mom then you know just how loud a house can get! These Sony Noise Canceling Headphones are perfect for me to be able to get work done, listen to music and actually be able to hear the music I am … END_OF_DOCUMENT_TOKEN_TO_BE_REPLACED 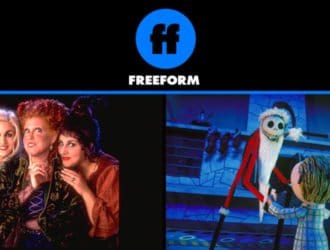 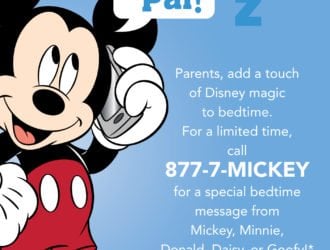 Calling all Disney fans! Right now you can call your kids favorite Disney characters and get a special bedtime message!!! The kids will love this FREE Disney bedtime message! Disney bedtime phone call To get your free bedtime message just call 1-877-7-MICKEY! There are five special messages from Mickey Mouse, Minnie Mouse, Donald Duck, Daisy Duck and Goofy!!! That is like basically having Mickey’s phone number... really what could be cooler … END_OF_DOCUMENT_TOKEN_TO_BE_REPLACED 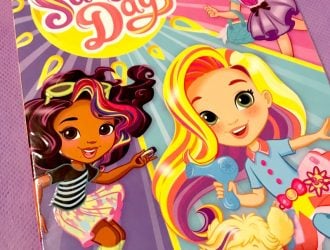 Calling all Sunny Day fans! You are going to be super excited because you can now have your favorite Sunny Day episodes on a DVD at home to watch whenever you want to! If you haven't seen the show yet, it is super cute!  The newest Sunny Day DVD follows 10-year-old master hairstylist and entrepreneur, Sunny. Along with the help of her best friends Blair and Rox, and her loyal and lovable puppy Doodle, Sunny confidently takes on any … END_OF_DOCUMENT_TOKEN_TO_BE_REPLACED 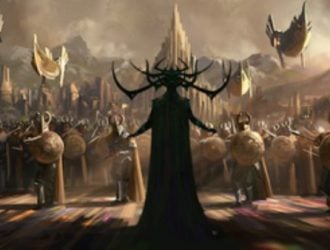 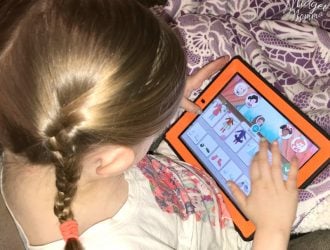 I am always looking for fun things for my kids to do that are inline with things they are already interested in. Alyssa is a HUGE American Girl fan and I often find her in her room playing with her American Girl Dolls and WellieWishers. I was excited to learn about the new WellieWishers Garden Fun app that means she can bring her fun on the road with us whenever we travel. It is so much easier to have her bring the ipad and play a game … END_OF_DOCUMENT_TOKEN_TO_BE_REPLACED 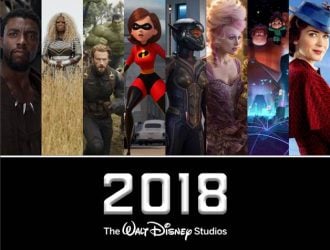 I am so excited about the new 2018 Disney movies that are coming out in theaters all year long. There are some that I am counting down the days until I can take the kids to go see them. I am not sure which 2018 Disney Movie I am most excited about, I am totally torn between the new Star Wars movie and the new Wreck It Ralph movie.     2018 Disney Movies Spring 2018 Disney Movies February 16, 2018 – BLACK PANTHER (Marvel … END_OF_DOCUMENT_TOKEN_TO_BE_REPLACED 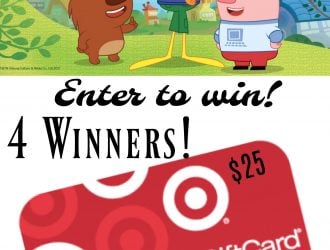 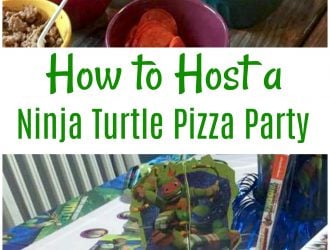 Now that we are on this homeschooling adventure I am looking for fun ways to have the kids learn. One of those ways is finding fun movies that are also educational and then I like to find educational activities packets for the kids to do. We love the DisneyNature Born in China Activities packet! The DisneyNature Born in China movie is a great way to teach the kiddos and have them watch a fun movie! You can grab a copy of the movie … END_OF_DOCUMENT_TOKEN_TO_BE_REPLACED

Can I tell you how excited I am for all of the Disney Movies that I loved as a kid coming out to DVD!?! Like seriously I am so stinkin excited! This is perfect timing with the Holidays right around the corner! Disney movies make awesome gifts! To make it even more fun there are some really awesome Lion King Movie Activities! Just scroll down to get to them and print the Lion King Movie Activities to have fun with the kiddos! You can grab The … END_OF_DOCUMENT_TOKEN_TO_BE_REPLACED 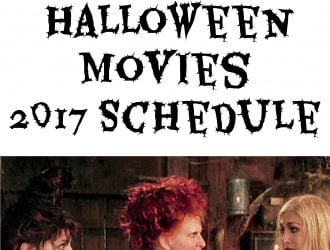 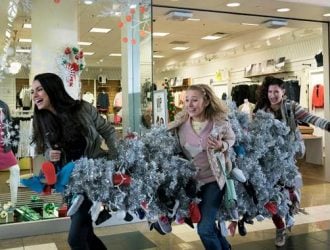 If you loved the Bad Moms movie then you are going to love what is coming to theaters on November 3rd! Bad Moms Christmas!!! Synopsis: A BAD MOMS CHRISTMAS follows three under-appreciated and over-burdened women as they rebel against the challenges and expectations of the Super Bowl formoms: Christmas. And if creating a more perfect holiday for their families wasn’t hard enough, they have to do all of that while hosting and … END_OF_DOCUMENT_TOKEN_TO_BE_REPLACED

Hey There! I am Lauren, a short mom (4 foot 10 to be exact!) who has a passion for helping others and always has a cup of coffee in hand. With amazing recipes to help the home cook become a home chef, along with fun family travel, fun crafts and More! Grab a cup of coffee and join me!
Custom design by Pixel Me Designs
Midget Momma is licensed under a Creative Commons Attribution-NonCommercial-ShareAlike 3.0 Unported License.
We use cookies to offer you a better browsing experience, analyze site traffic, personalize content, and serve targeted advertisements. If you continue to use this site, you consent to our use of cookies.Accept Read our Privacy & Cookie Policy
Cookies Policy
Necessary Always Enabled