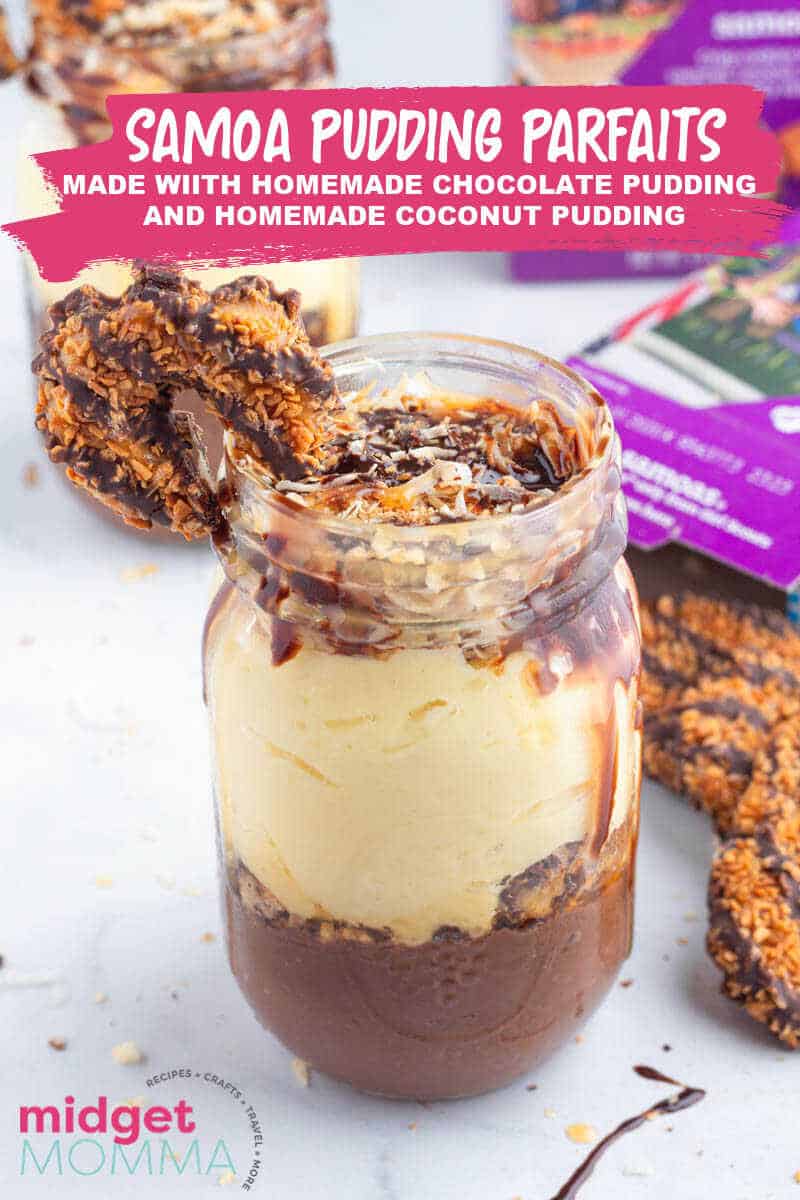 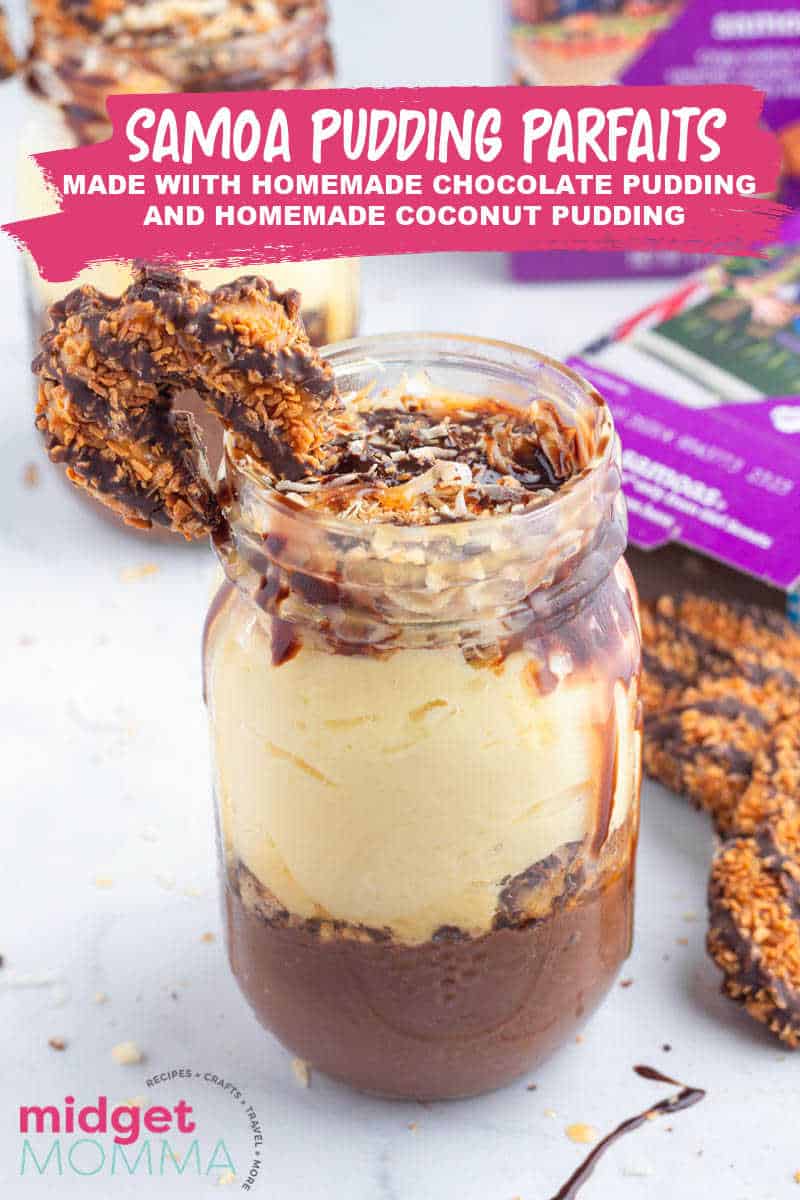 I love all things about the Samoa Girl Scout cookies, I love it even more that I found the copy cat version at Aldi so I can have them all the time. The combination of caramel, chocolate and coconut is perfect!

I love coming up with creative recipes using flavors I already love, including this Samoa Pudding Parfaits made With Homemade Chocolate Pudding and Homemade Coconut Pudding! 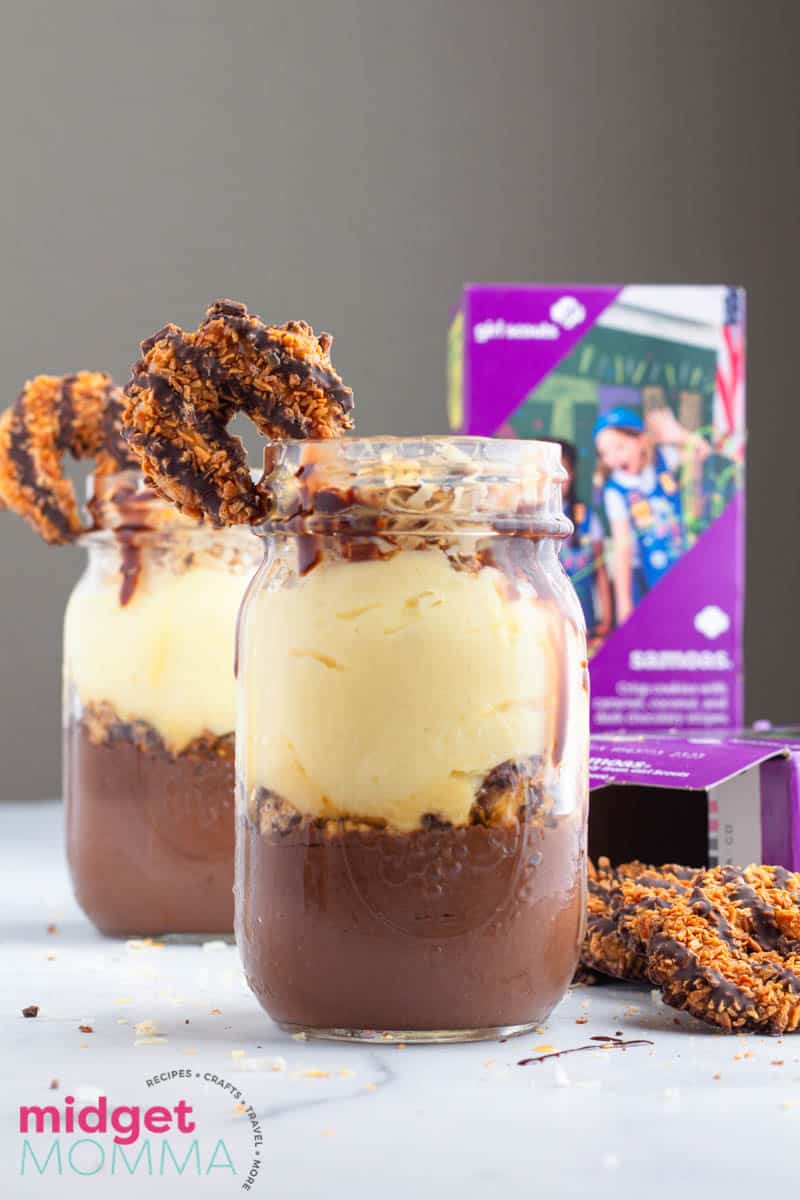 The best thing about this recipe is the homemade pudding. If you have never made homemade pudding before then you are in for a real treat. It is super easy to make but it tastes so much better then the store bought or the instant pudding mixes.

Cool pudding completely. When you are making homemade pudding it is important to let the pudding cool completely in the fridge before serving or using in parfaits.

Don’t stir to hard. When you are making the pudding you will need to stir it, however you want to be gentle when you are stirring it.

Don’t Over cook the pudding. When the pudding is on the stove, once it starts to bubble you will cook it for only 1-2 minutes longer and then it is done. It is also important to keep the stove temperature at medium heat, if the temperature is to high the milk and sugar will burn. 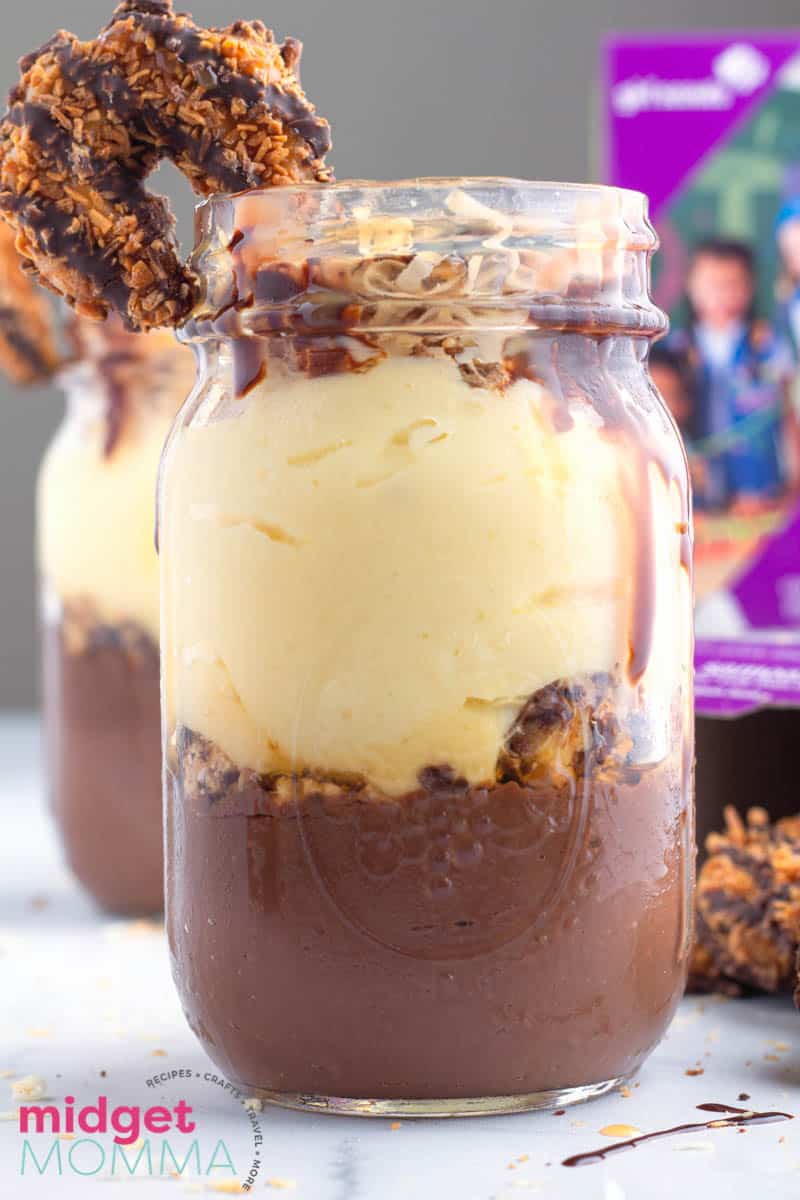 How to Make Samoa Pudding Parfaits

Make the chocolate pudding and allow to cool completely in the fridge. 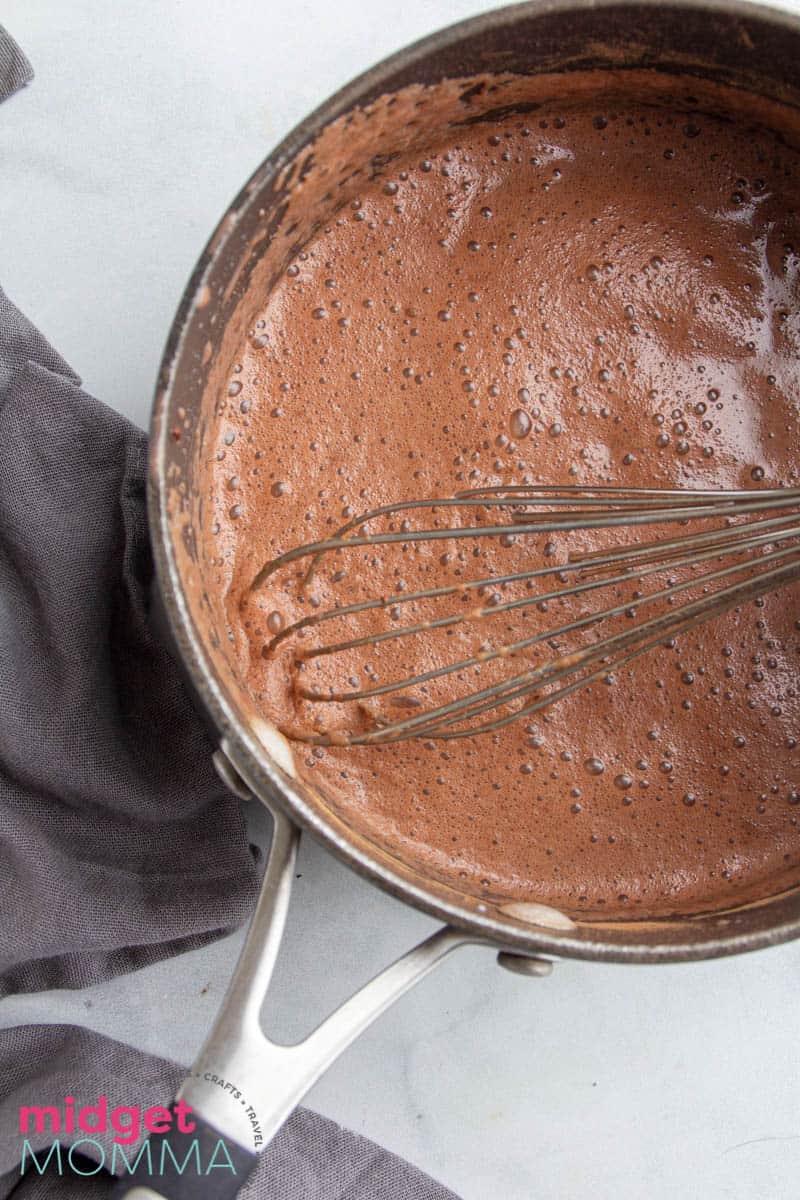 While the chocolate pudding is cooling, make the coconut pudding. 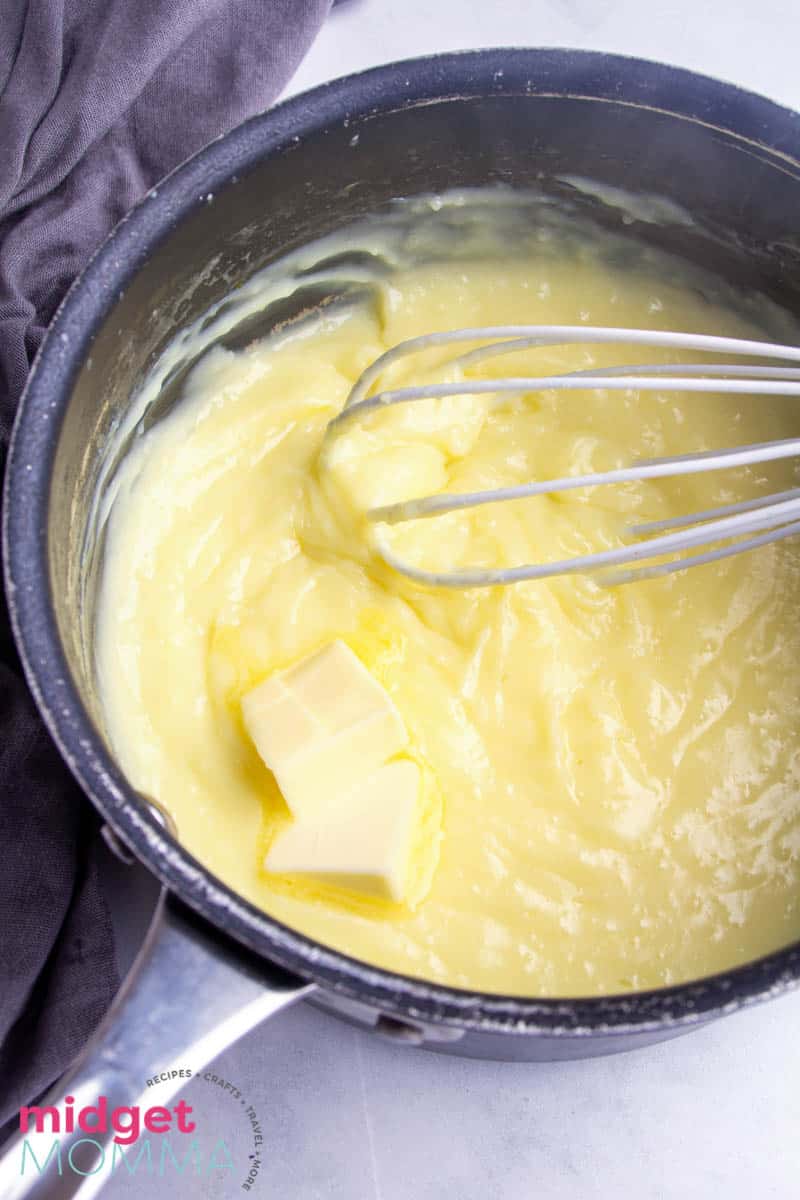 Allow the coconut pudding to cool.

Put a layer of chocolate pudding, then the chopped cookies and then the coconut pudding. 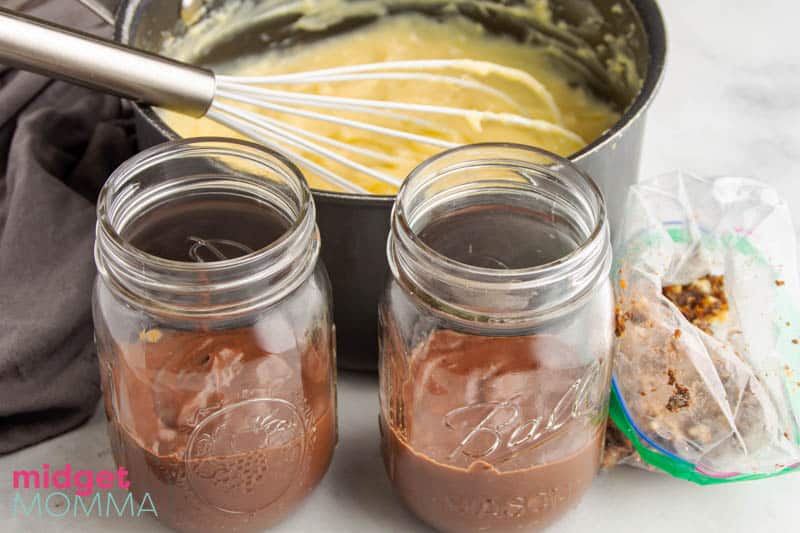 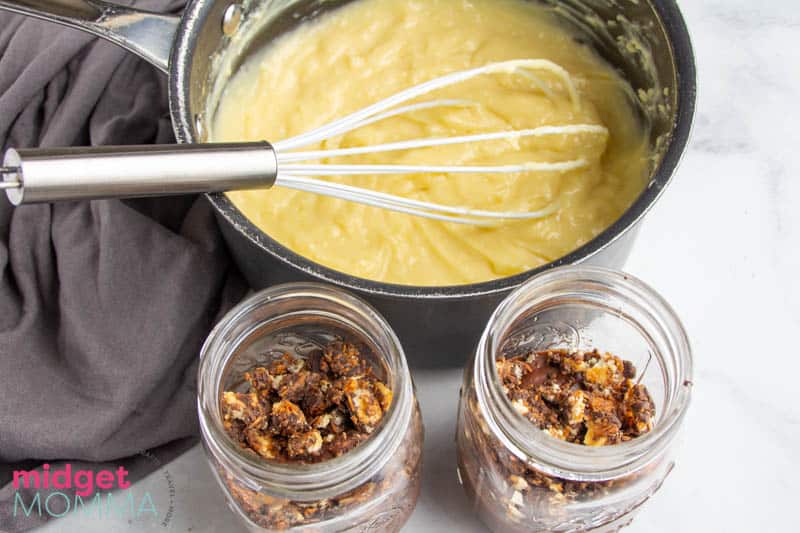 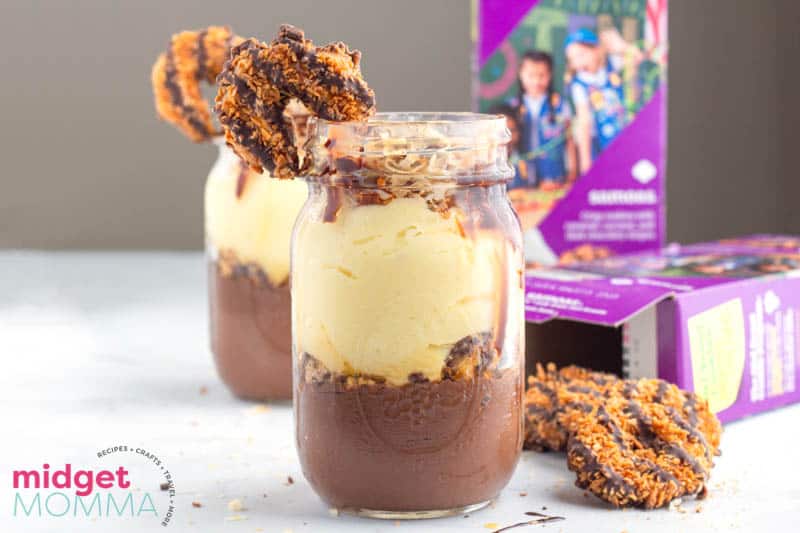 Sprinkle toasted coconut on top and then top with a cookie.

Drizzle with Caramel and Chocolate Syrup if desired. 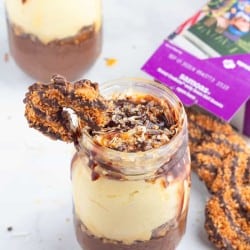 How to Make Samoa Pudding Parfaits

How to Make Homemade Chocolate Pudding

How to Make Coconut Pudding

How to Toast Coconut

How to Assemble Samoa Pudding Parfaits 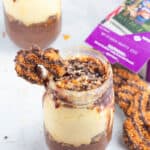 This website uses cookies to improve your experience while you navigate through the website. Out of these, the cookies that are categorized as necessary are stored on your browser as they are essential for the working of basic functionalities of the website. We also use third-party cookies that help us analyze and understand how you use this website. These cookies will be stored in your browser only with your consent. You also have the option to opt-out of these cookies. But opting out of some of these cookies may affect your browsing experience.
Necessary Always Enabled
Necessary cookies are absolutely essential for the website to function properly. This category only includes cookies that ensures basic functionalities and security features of the website. These cookies do not store any personal information.
Non-necessary
Any cookies that may not be particularly necessary for the website to function and is used specifically to collect user personal data via analytics, ads, other embedded contents are termed as non-necessary cookies. It is mandatory to procure user consent prior to running these cookies on your website.
SAVE & ACCEPT
99 shares