One of my favorite memories as a kid was going to Quiet Valley Farm in Stroudsburg Pennsylvania with my girl scout troop so when I had the chance to take the kids there a few weeks ago on our Poconos Press trip I was ecstatic. Once you park your car and then walk the little bit to the farm it is like taking a step back in time. The Quiet Valley Farm is a non profit living historical farm and you may be wondering exactly what that means, well it means that once you step foot on the property everything is done as they would back in the olden days and with period-dressed “family” members re-enacting the life of the original Pennsylvania German family who lived on the farm from the 1760s to 1913. It is truely and eye opening experience and one that is a TON of fun!

The farm in the past was really the home to a German family who came to America from German and then made their way to Stroudsburg and made their home and farm there. 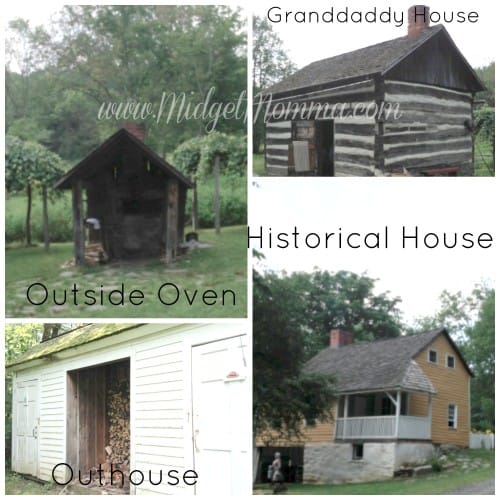 The buildings on Quiet Valley Farm. All originally built by the Zepper Family even with the additions they made as time went on and things changed for how they worked.

The Farm House was built in stages throughout its 200 year history and you will get to see 200 years of history in 1 awesome house. You start out in the 1760’s meeting the family, seeing the house that is the original house, seeing where grandma and grandpa used to live in the Granddaddy cabin, seeing the barn that they kept the animals, and even tasting bread made fresh in the big outside brick oven.

Grandaddy’s cabin is the picture in the top right corner in the picture below, this is where the grandparents lived and where they made their clothing. You get to learn about what plants are used to make clothing and how the processes works. It was a lot of work back then and them showing you step by step makes you feel like you are really back in time with them. 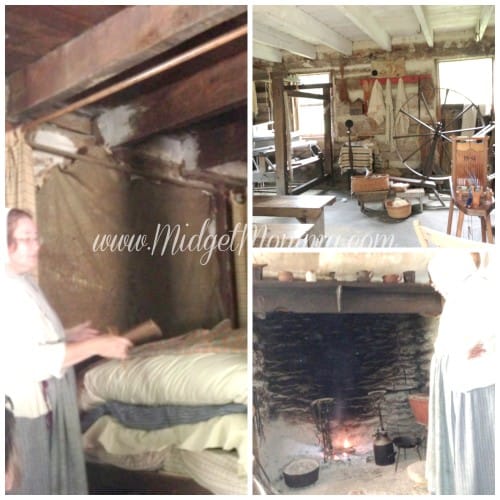 In the barn you get to experience what it was really like, from the animals that they used and the tools. There is even a chance to take a break from all the hardwork the kids would have to do and have some old time fun by jumping in the hay! 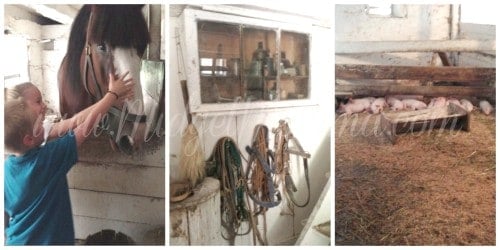 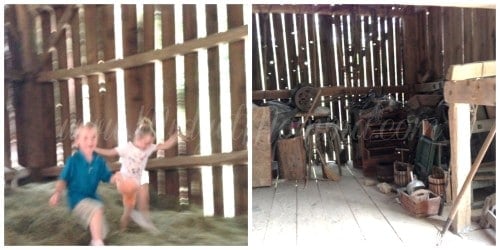 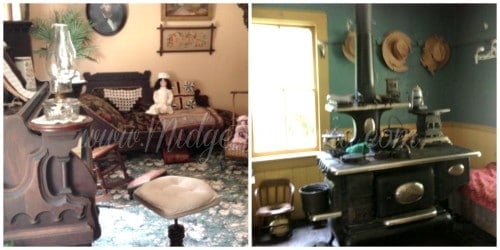 You get to tour the school house where the kids would have gone to school and while the school is not an original that was on the farm it was built in 1994 and is an exact replica of what a school house would have looked like, including having a flag with only 48 states! 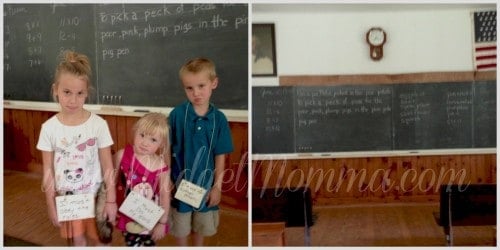 When talking to the family members they will act, and talk like the people from the time period they are representing. Don’t ask them about things from current or after their time because they will have no idea what you are talking about. They are in full character at all times and it is truly awesome.

And I can not forget to mention Tom the turkey- you will see him wondering around the farm, he is harmless but he is very vocal and a character that you have to meet!

You can find more information and directions to the farm here. We all had a blast (even though the kids got in trouble at school ;)) and it is a place that the kids have already asked if they could go back too!

Disclaimer: I was provided free admission for my kids and I, no compensation was received and all opinions are 100% my own 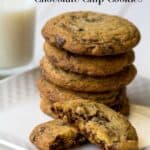 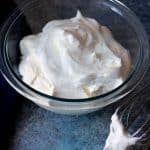 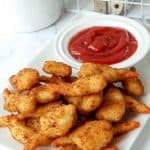 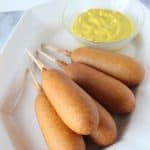 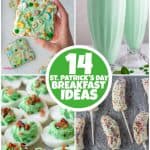 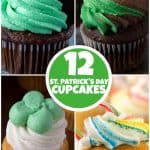 12 St Patrick’s Day Cupcakes That are Sure to Bring you Good Luck!