When giving up carbs, things like noodles can be one of the highest parts. There are many great dishes that call for noodles and you might be wondering how you would make them without being able to use the noodles. That is where low carb spaghetti squash comes in. It is a relatively inexpensive vegetable and one squash makes a lot. But you might be wondering how this squash can be like noodles in a pasta dish.

Spaghetti squash is cut open and then you remove the seeds. Once the squash is roasted with a little oil and seasoning, you use a fork to pull the strands of squash loose. As you scrape the flesh of the squash, low carb spaghetti squash “noodles” start to appear. While these noodles are not a soft as a spaghetti noodle, it does taste fantastic and is a great way to have a low carb meal, that doesn’t make you miss your favorite pasta dishes.

Whether you are trying spaghetti squash for the first time, or you have been eating these low carb noodles for a long time, these recipes are sure to make dinner something to get excited about. These recipes are bought to make you come back over and over again to give the next one a try. 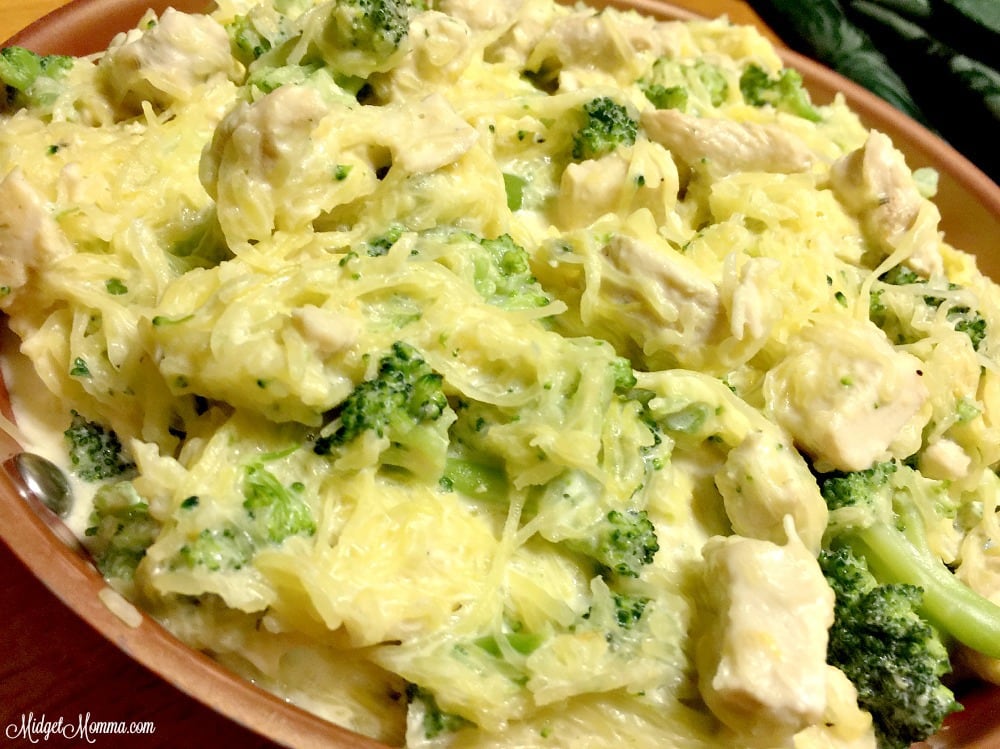 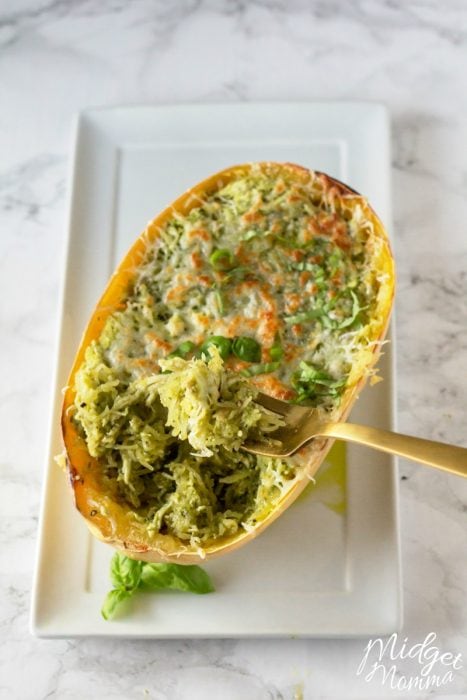 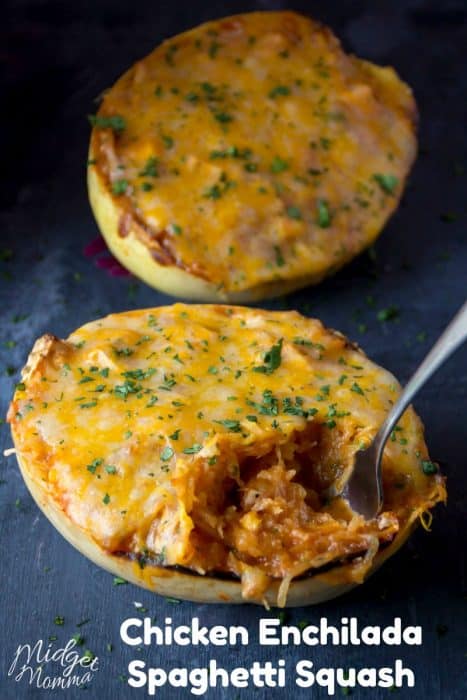 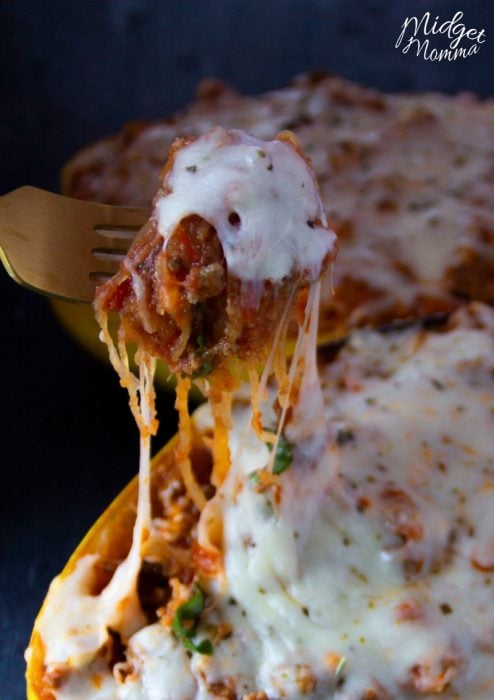 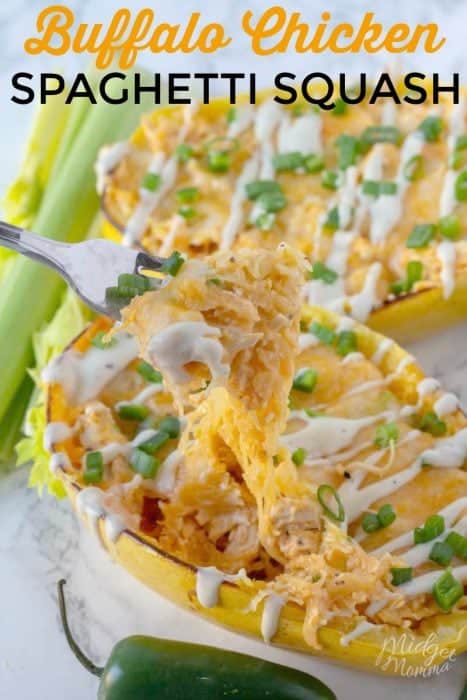 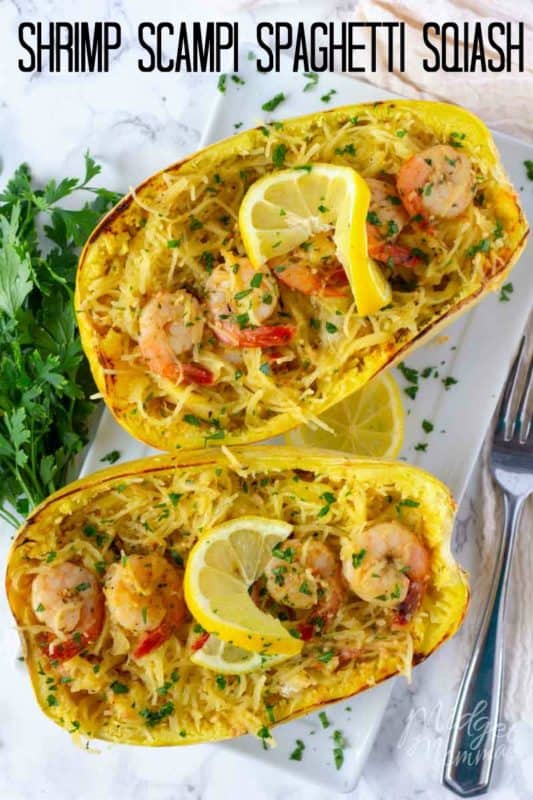 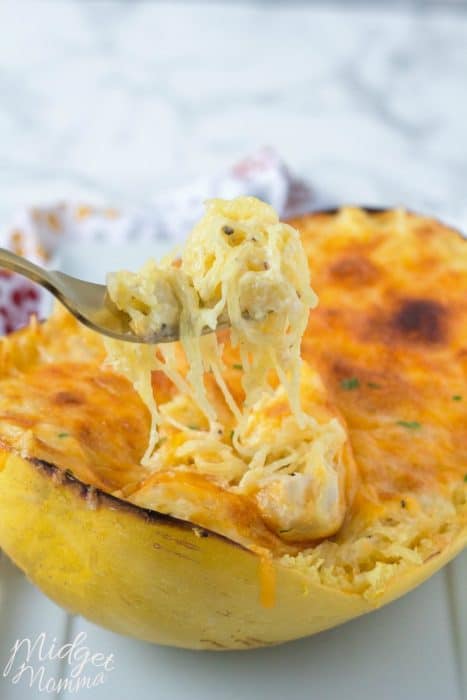 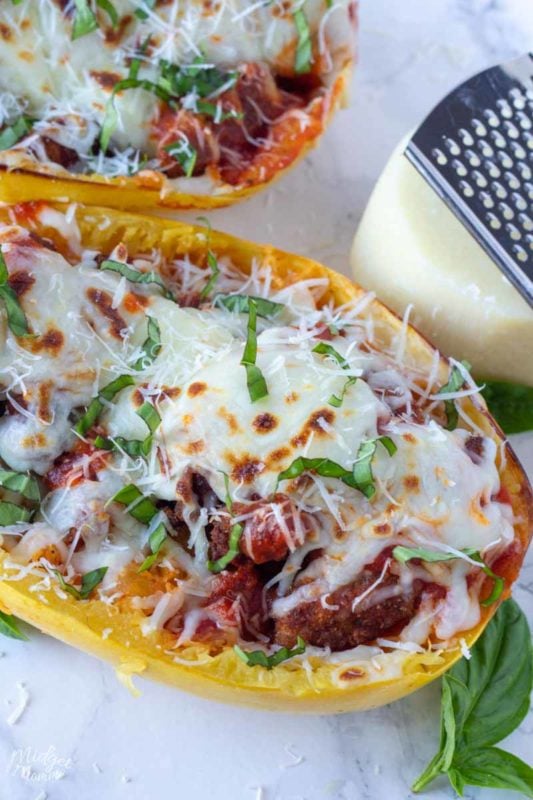 Subscribe to get our latest recipes right in your inbox every time we post a new one!

This website uses cookies to improve your experience while you navigate through the website. Out of these, the cookies that are categorized as necessary are stored on your browser as they are essential for the working of basic functionalities of the website. We also use third-party cookies that help us analyze and understand how you use this website. These cookies will be stored in your browser only with your consent. You also have the option to opt-out of these cookies. But opting out of some of these cookies may affect your browsing experience.
Necessary Always Enabled
Necessary cookies are absolutely essential for the website to function properly. This category only includes cookies that ensures basic functionalities and security features of the website. These cookies do not store any personal information.
Non-necessary
Any cookies that may not be particularly necessary for the website to function and is used specifically to collect user personal data via analytics, ads, other embedded contents are termed as non-necessary cookies. It is mandatory to procure user consent prior to running these cookies on your website.
SAVE & ACCEPT
5318 shares