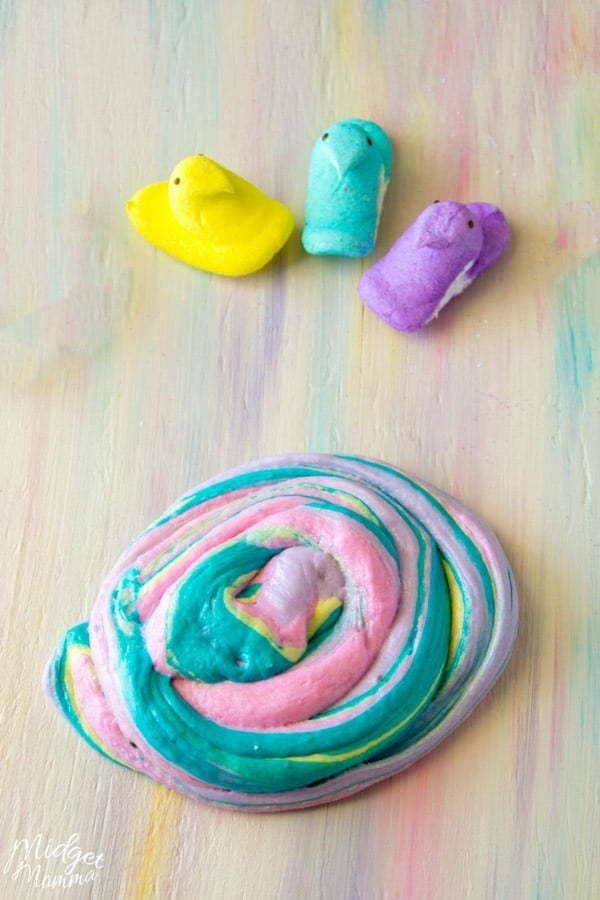 Edible Slime Made with Peeps

Guys I have to tell you a story quick though about this Unicorn Poop Edible Slime made with marshmallows Peeps. It was in the middle of the night, I texted my creative genius helper Stephanie with this idea that was brewing in my head. In less then 24 hours she made magic. She didn’t just come up with this amazing edible unicorn slime recipe, but a video, and the photos to make this magical idea of mine turn in to a reality. In less then 24 hours!! Let me use this as a reminder for all of you, that in life keep your circle to those who support your ideas and your dreams. Those are your unicorn friends and who you need to have in your life!

Ok, so now on to this amazing Unicorn Poop Slime….Slime made with Peeps…

It goes perfect with a day filled with Peeps fun…. we like to combine it with doing Math Activities for kids using peeps to keep the Peep fun going. 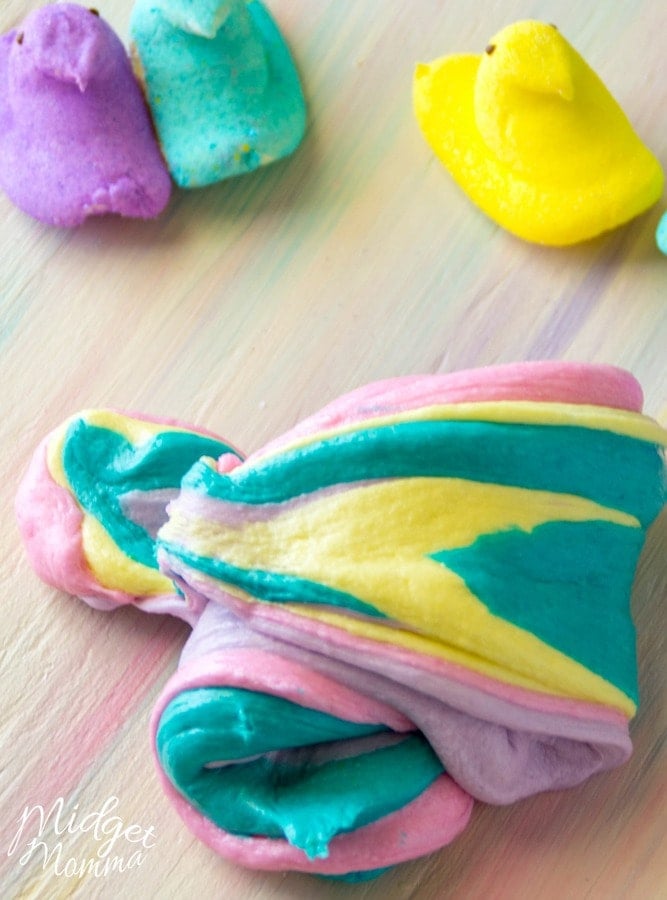 You can use the traditional peeps, cake batter peeps, even the Pancakes and Syrup Peeps! If you are wanting to have a sour kick to your Peeps Slime, use the Sour Peeps. Really any peeps as long as they are not the chocolate covered peeps, you will be good to go making this Edible Peeps Slime! 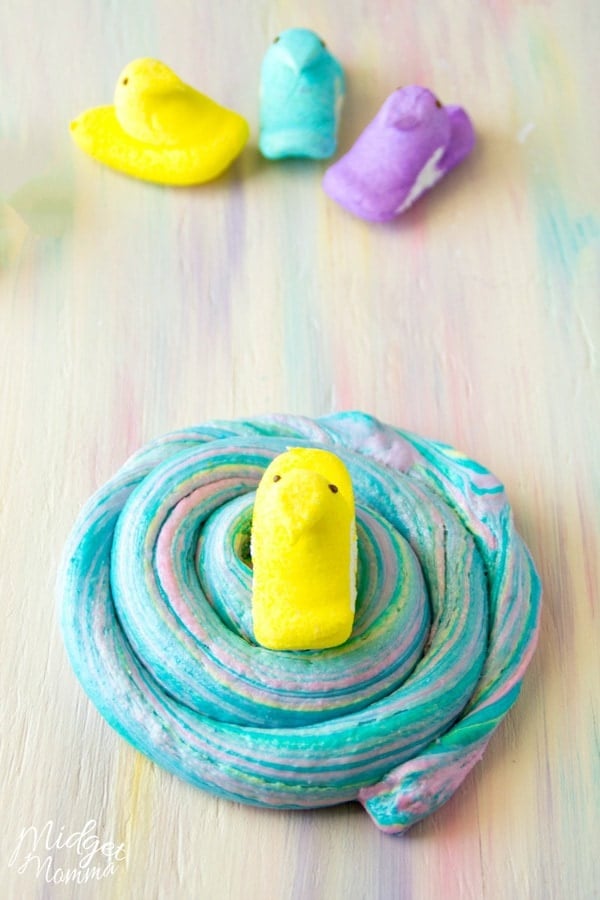 Now before I get to far ahead of the game with this, I should probably make sure I cover the burning question of what is unicorn poop. I know, its one that sounds so gross and silly at the same time. But trust me, it is gross, it is silly and it is AWESOME! 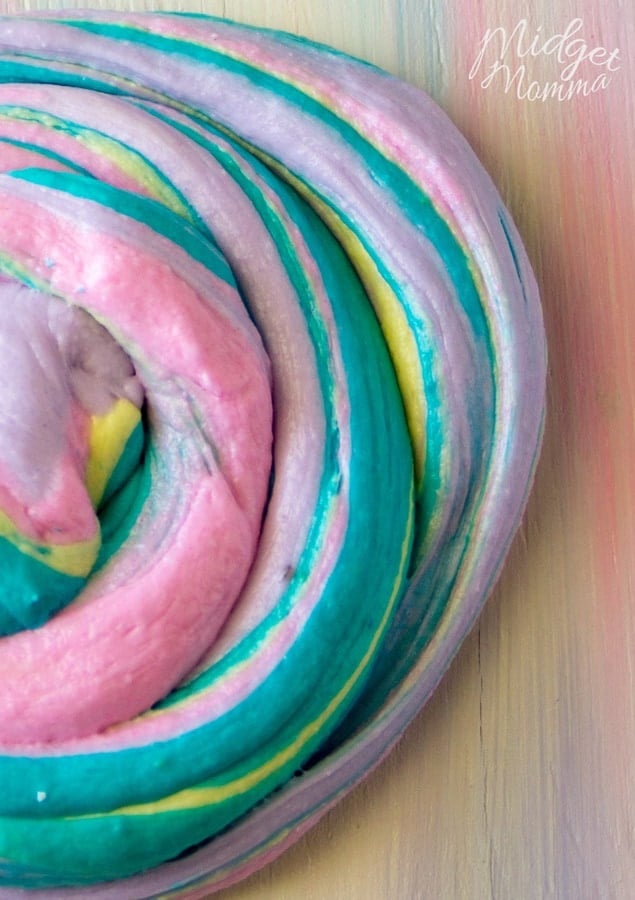 How to Make Edible Slime with Marshmallow Peeps

If your Edible Unicorn Poop Slime starts to get firm just microwave it for 10 seconds to soften it again.

When you are done playing with your slime place it in an airtight container when you are ready to play with it again microwave the slime for 30 seconds and carefully knead the slime until its smooth.

The pink peeps need more cornstarch then the other colors needed. 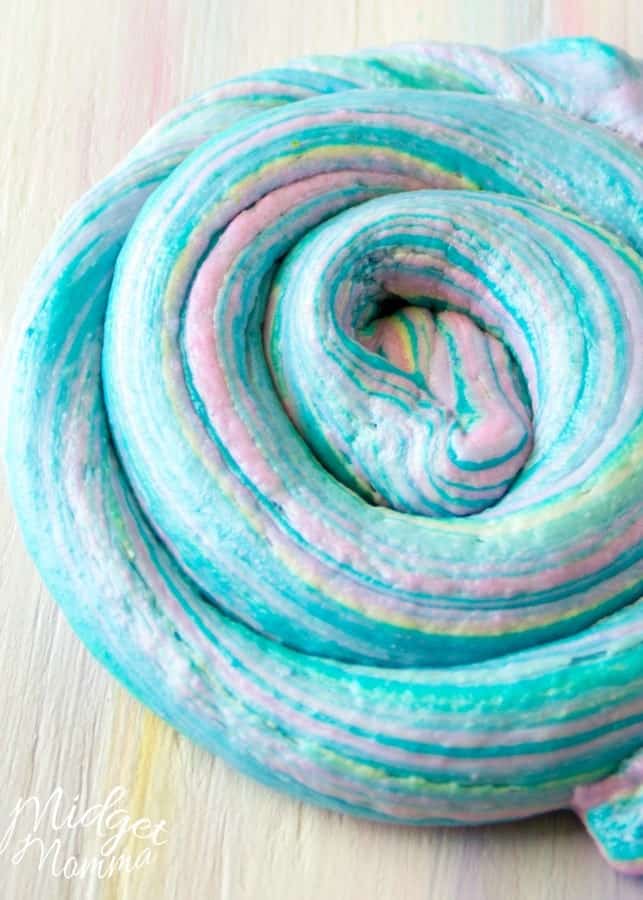 For EACH color of edible Peeps slime you need:

How to Make Peeps Slime

First you are going to need a microwave safe bowl.

Place all 5 Peeps of the same color in the bowl with the oil.

Now take the bowl and put your peeps in the Microwave for 30 seconds.

Carefully remove the bowl from the microwave and stir on one tablespoon of cornstarch at a time. – You do NOT want to add in to much or you are going to end up with crazy stiff slime. So as you are adding it in little by little watch it to make sure you are not adding in to much and making it to think.

How to Make Edible Unicorn Slime

Repeat the above directions for EACH color of Marshmallow Peeps Slime you are making.

Once you have all of your colors done, it is time to turn it into unicorn poop edible slime!

To make your edible peeps slime into unicorn slime you are going to stretch each color of peeps slime and lay them next to eat other.

Once all the colors are layed together you are going to squeeze them to turn them into unicorn poop.

Once you are done playing and making this edible unicorn slime the kids can totally eat it! It tastes pretty tasty!
If you are wanting to have a Unicorn Poop Party, make sure you also check out these Unicorn Poop Cupcakes and make them along with your Edible Unicorn Poop Slime.

To make your life a little easier we also made this fun edible unicorn poop with marshmallow peeps video!

Looking for more edible slime? Check these out!

Looking for More Easter Peeps fun? Check these out! 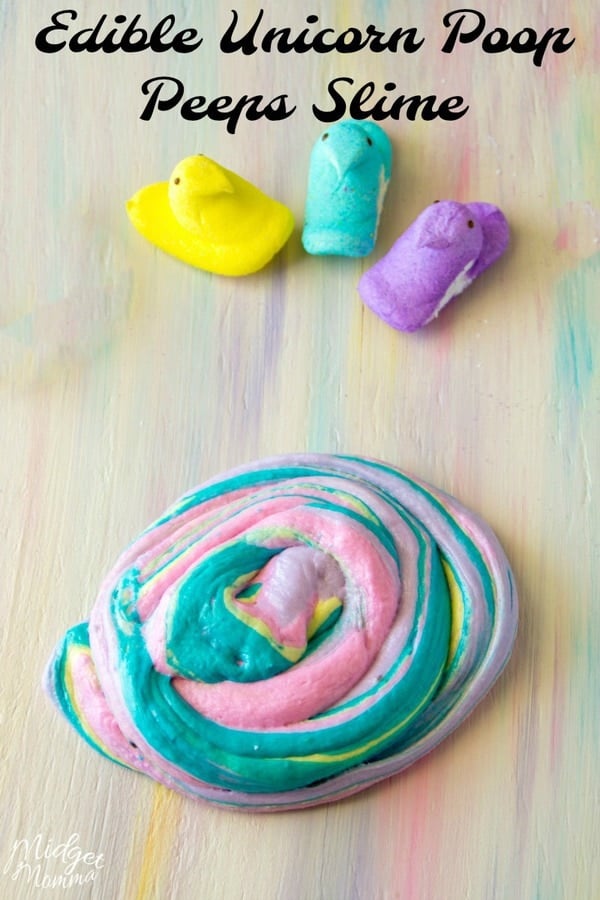 Hey There! I am Lauren, a short mom (4 foot 10 to be exact!) who has a passion for helping others and always has a cup of coffee in hand. With amazing recipes to help the home cook become a home chef, along with fun family travel, fun crafts and More! Grab a cup of coffee and join me!
Custom design by Pixel Me Designs
Midget Momma is licensed under a Creative Commons Attribution-NonCommercial-ShareAlike 3.0 Unported License.
We use cookies to offer you a better browsing experience, analyze site traffic, personalize content, and serve targeted advertisements. If you continue to use this site, you consent to our use of cookies.Accept Read our Privacy & Cookie Policy
Cookies Policy
Necessary Always Enabled
958shares