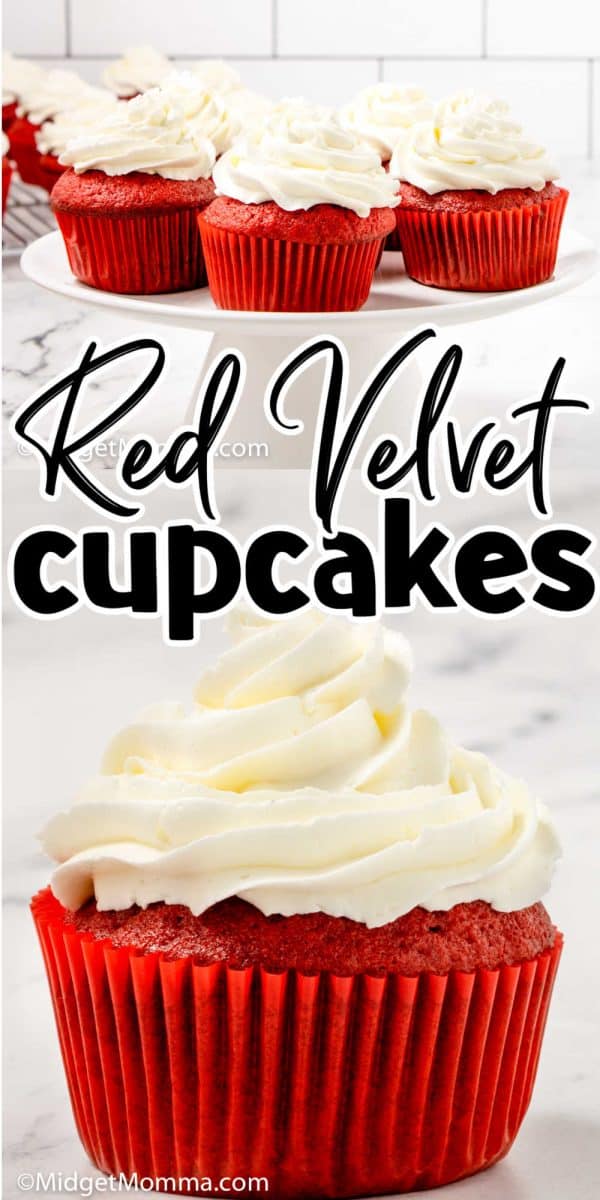 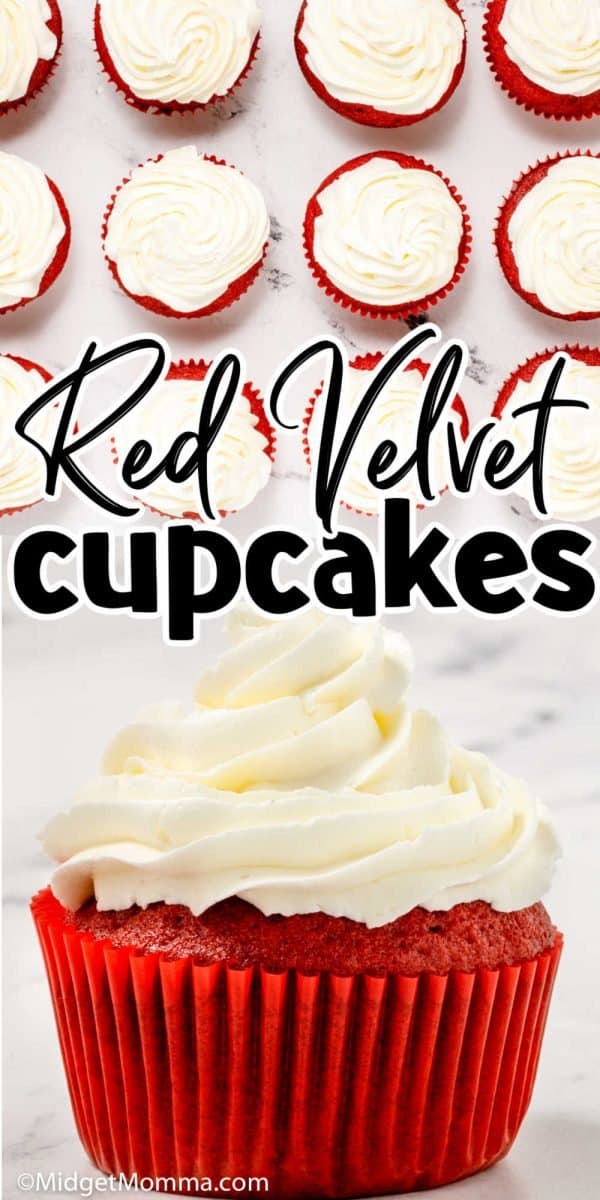 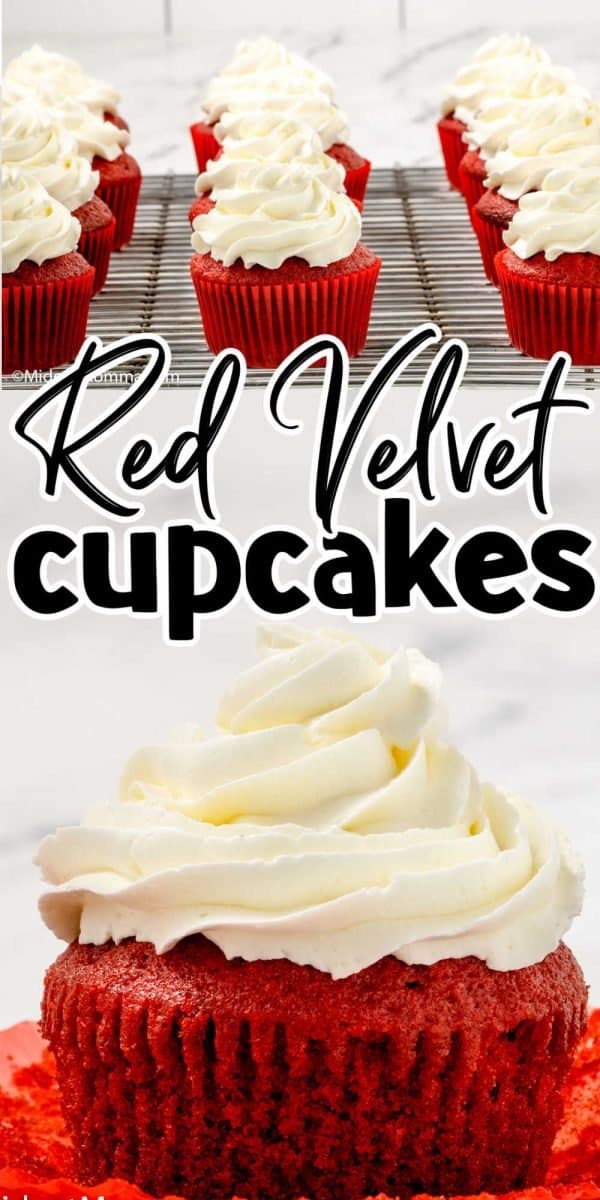 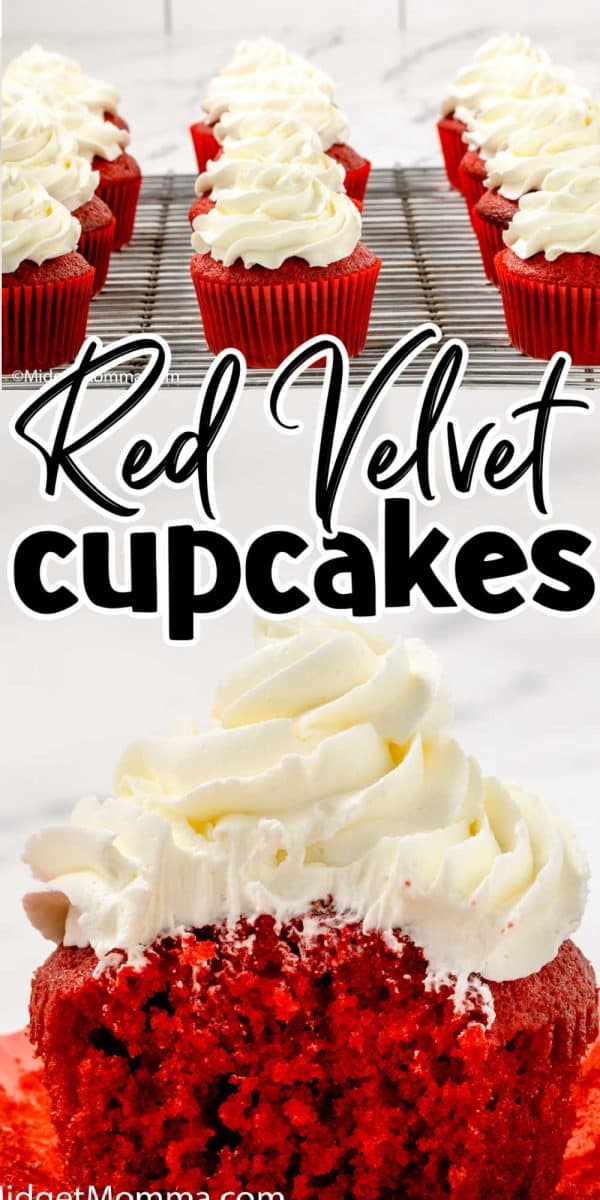 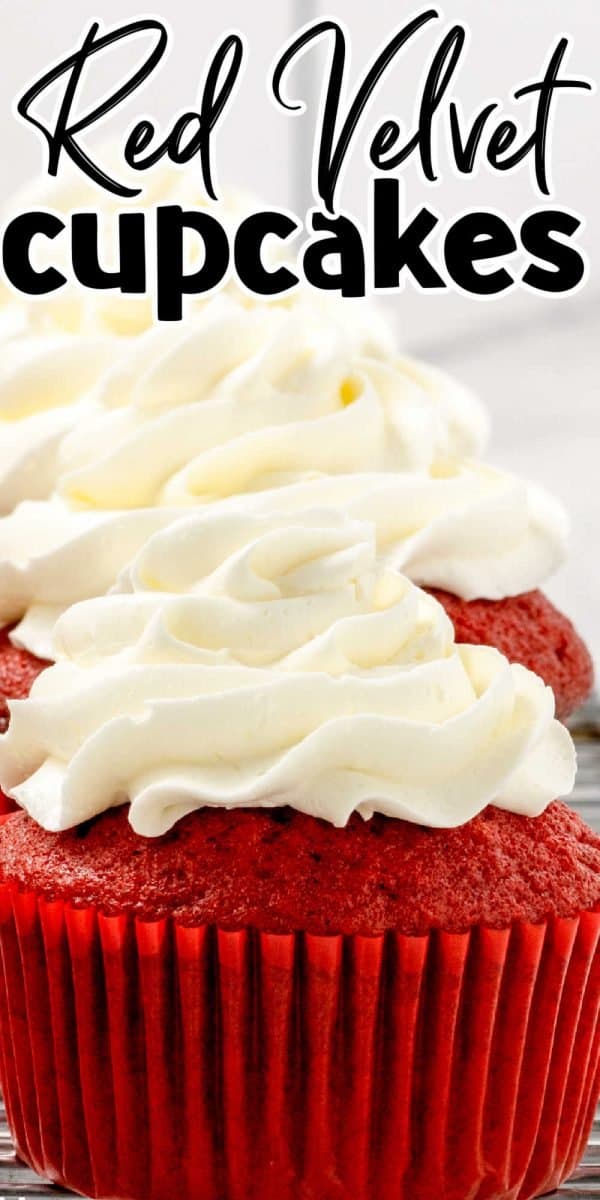 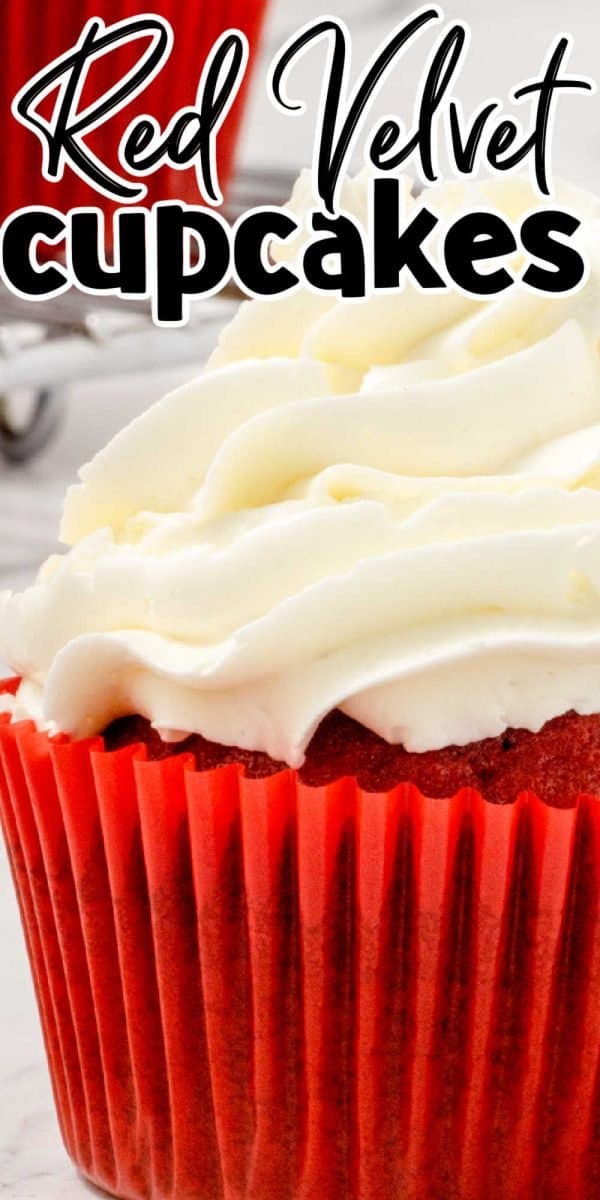 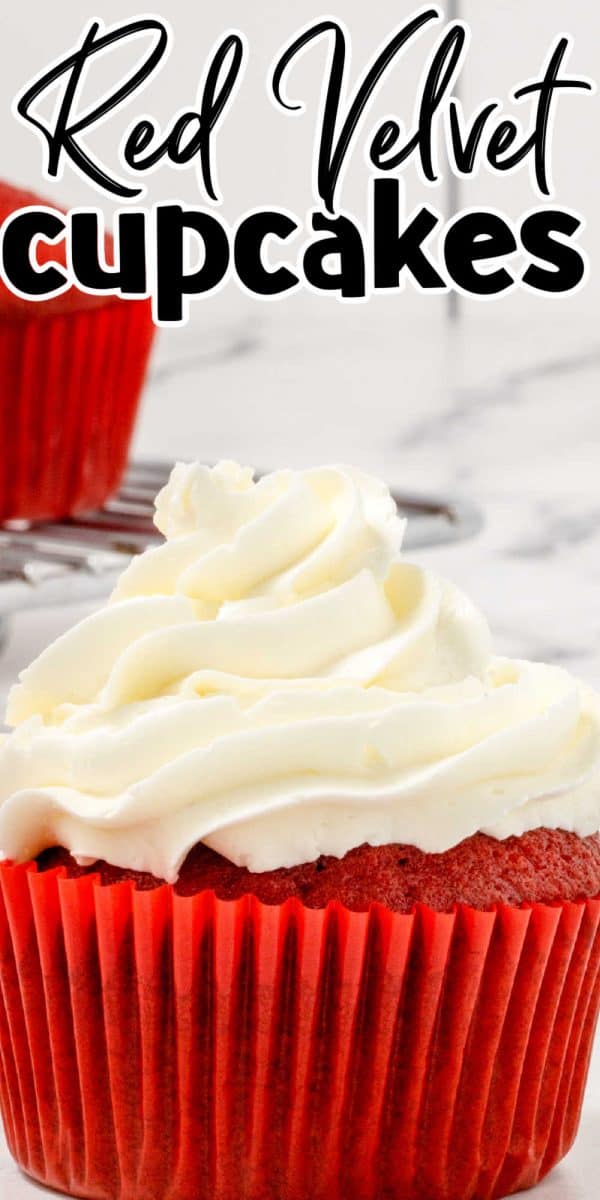 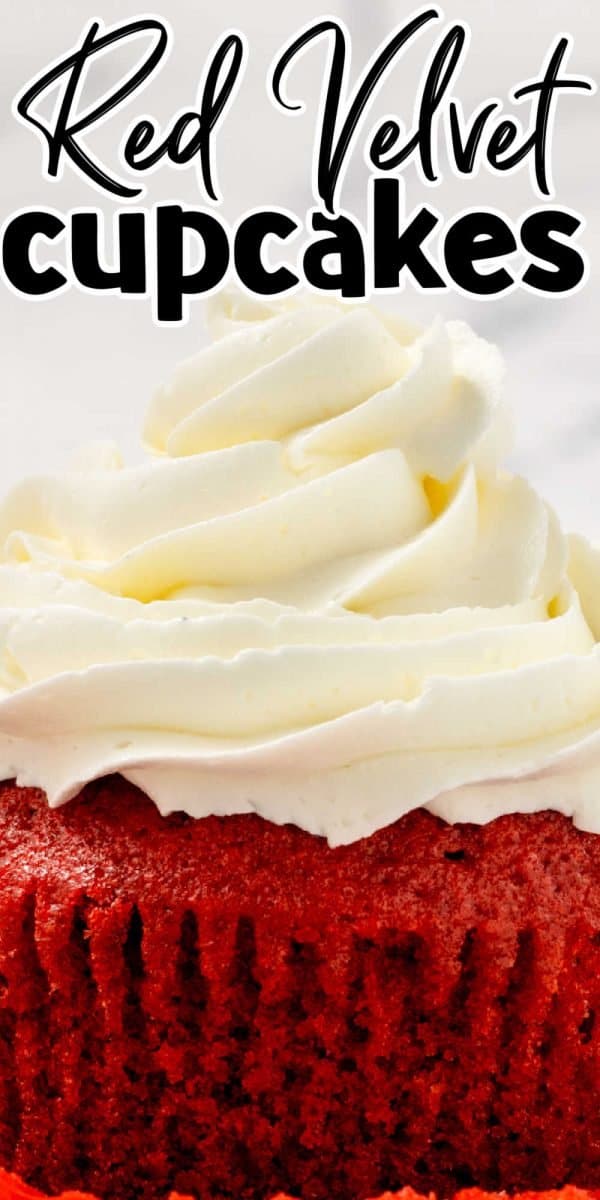 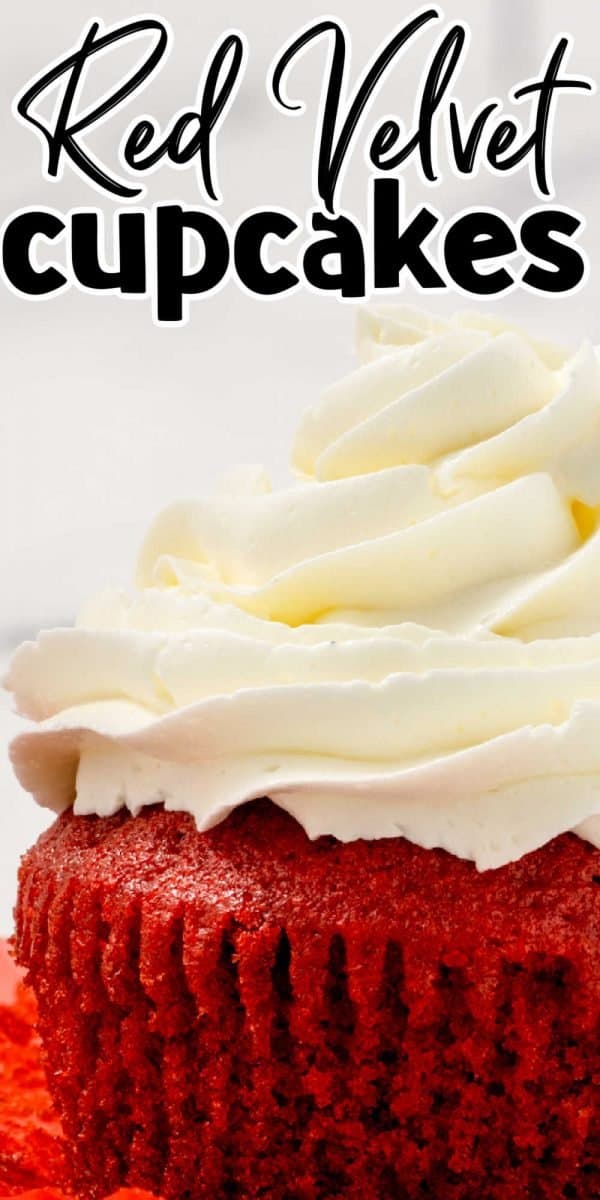 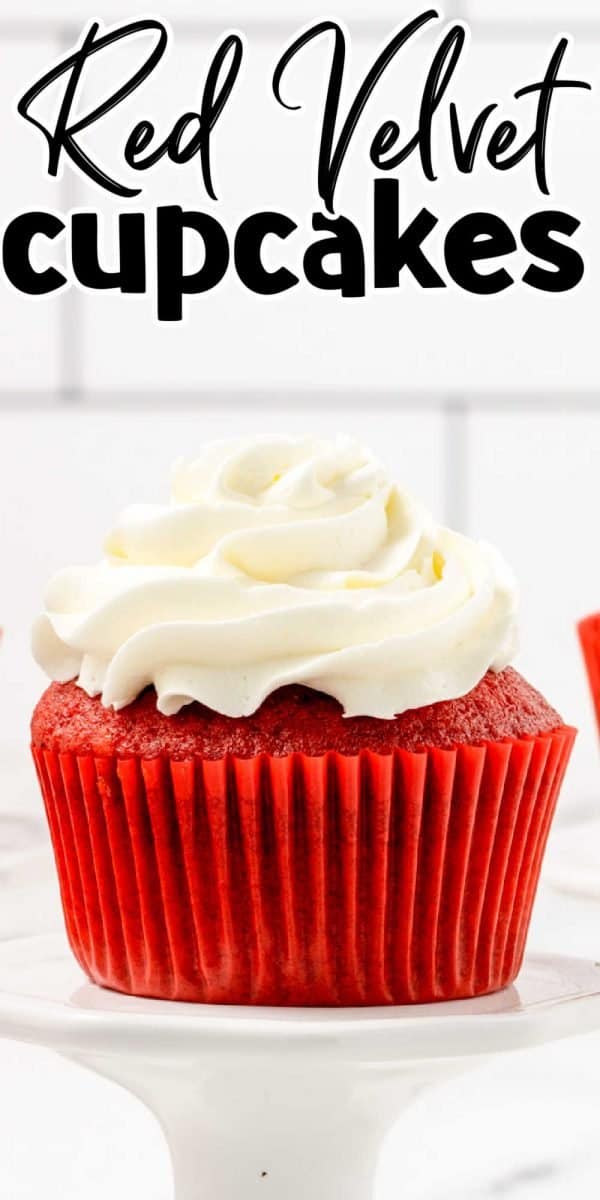 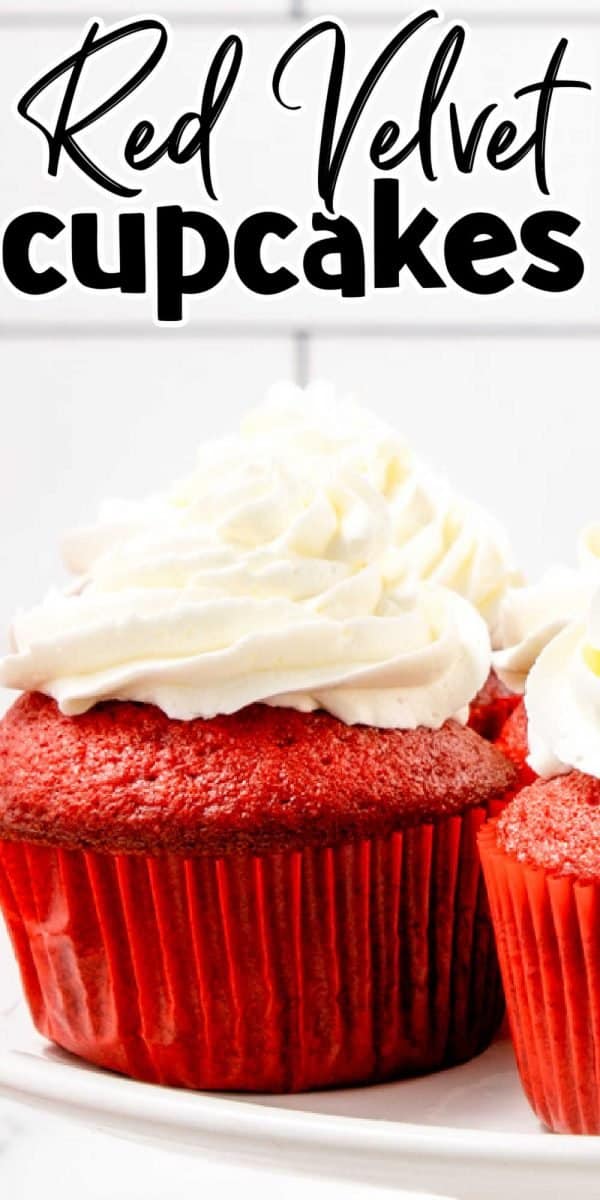 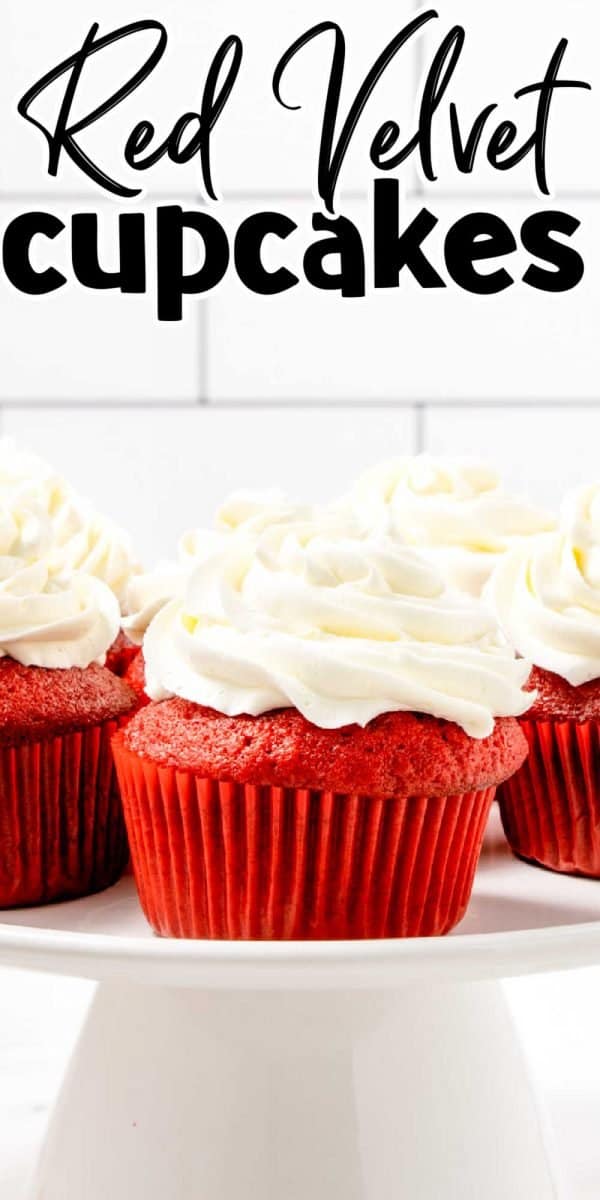 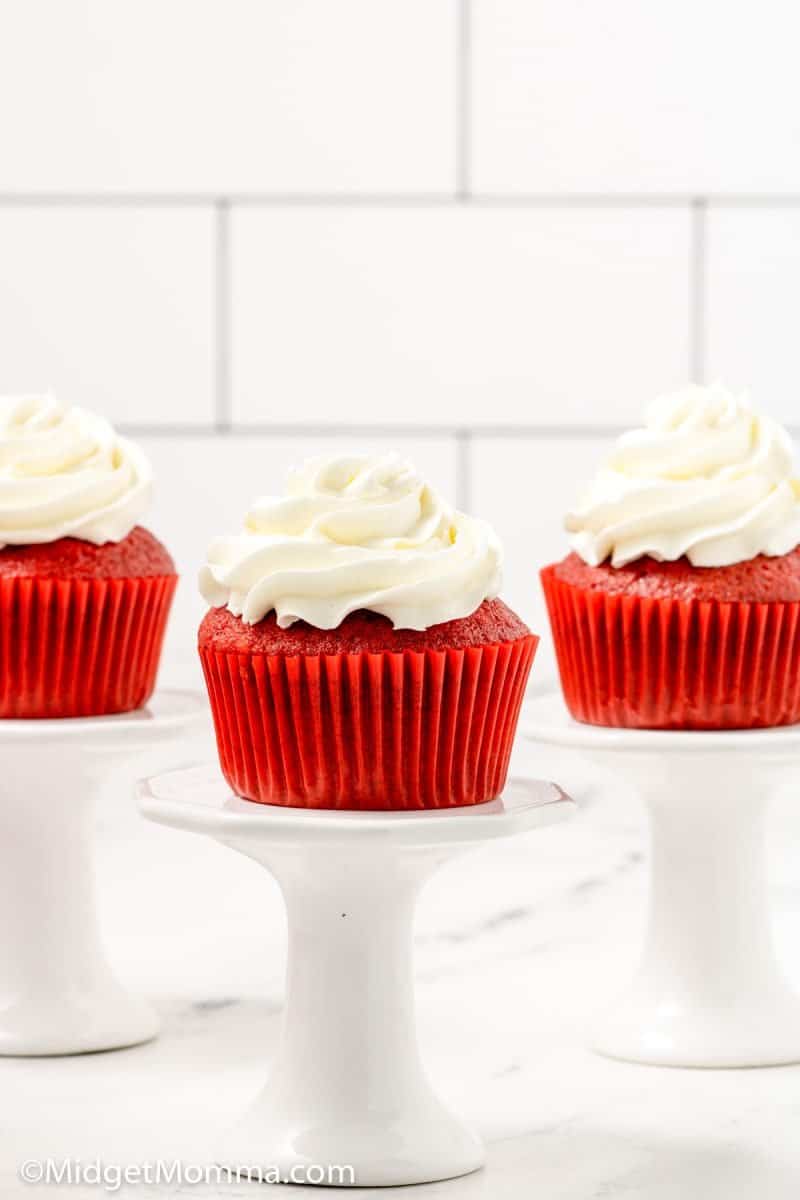 What are Red Velvet Cupcakes?

Red velvet cupcakes are made with cocoa powder, buttermilk and vinegar that react to give them a maroon color that is then enhanced with red food coloring if wanted. These moist cupcakes have a flavor that is similar to combining vanilla and chocolate in one cupcake. This classic red velvet cupcake has a smooth texture with just a hint of cocoa that is not overpowering.

How is red velvet different then chocolate?

Chocolatte cupcakes have a stronger flavor then red velvet when it comes to the cocoa flavors. Red velvet cupcakes taste like a combination oof cchoolate and vanilla cupcakes in one. Well kind of taste like that, they do have a distinct flavor of their own but if you are trying to explain the flavor to someone then that iiis the best way to do so.

Can I make these cupcakes without Buttermilk?

Buttermilk is an important ingredient in red velvet cupcakes. If you do not have buttermilk add 1 tablespoon of white vinegar to a cup of milk and let stand for 10 minutes before using.

If you are wanting an even easier method, the cupcake bounce done method as we call it is even easier. Pull the tray of cupcakes out from the oven and lightly press on a cupcake in the middle of the baking pan. If it bounces right back and no finger print is left behind then your cupcakes are done. If there is a finger print you need to bake them for a few more minutes.

How to Make Red Velvet Cupcakes

Preheat the oven to 350-degrees and grease the muffin pan or use liners.

Sift together the flour, sugar, baking soda, salt, and cocoa powder into a medium bowl and set aside.

In a large mixing bowl, whisk together the buttermilk, eggs, food coloring vinegar, and vanilla.

Slowly add the dry ingredients and mix until smooth.

Spoon the batter into the prepared muffin pans. Do not fill the cups more than 2/3’s full.

Bake for 19-21 minutes until a tester comes out clean.

Remove from the oven and let sit for 10 minutes before turning out onto a rack to cool completely.

If you are going to frost the cupcakes right away allow them to cool completely before frosting. 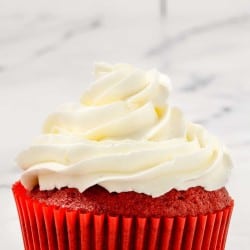 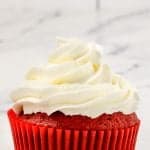 This website uses cookies to improve your experience while you navigate through the website. Out of these, the cookies that are categorized as necessary are stored on your browser as they are essential for the working of basic functionalities of the website. We also use third-party cookies that help us analyze and understand how you use this website. These cookies will be stored in your browser only with your consent. You also have the option to opt-out of these cookies. But opting out of some of these cookies may affect your browsing experience.
Necessary Always Enabled
Necessary cookies are absolutely essential for the website to function properly. This category only includes cookies that ensures basic functionalities and security features of the website. These cookies do not store any personal information.
Non-necessary
Any cookies that may not be particularly necessary for the website to function and is used specifically to collect user personal data via analytics, ads, other embedded contents are termed as non-necessary cookies. It is mandatory to procure user consent prior to running these cookies on your website.
SAVE & ACCEPT
41 shares