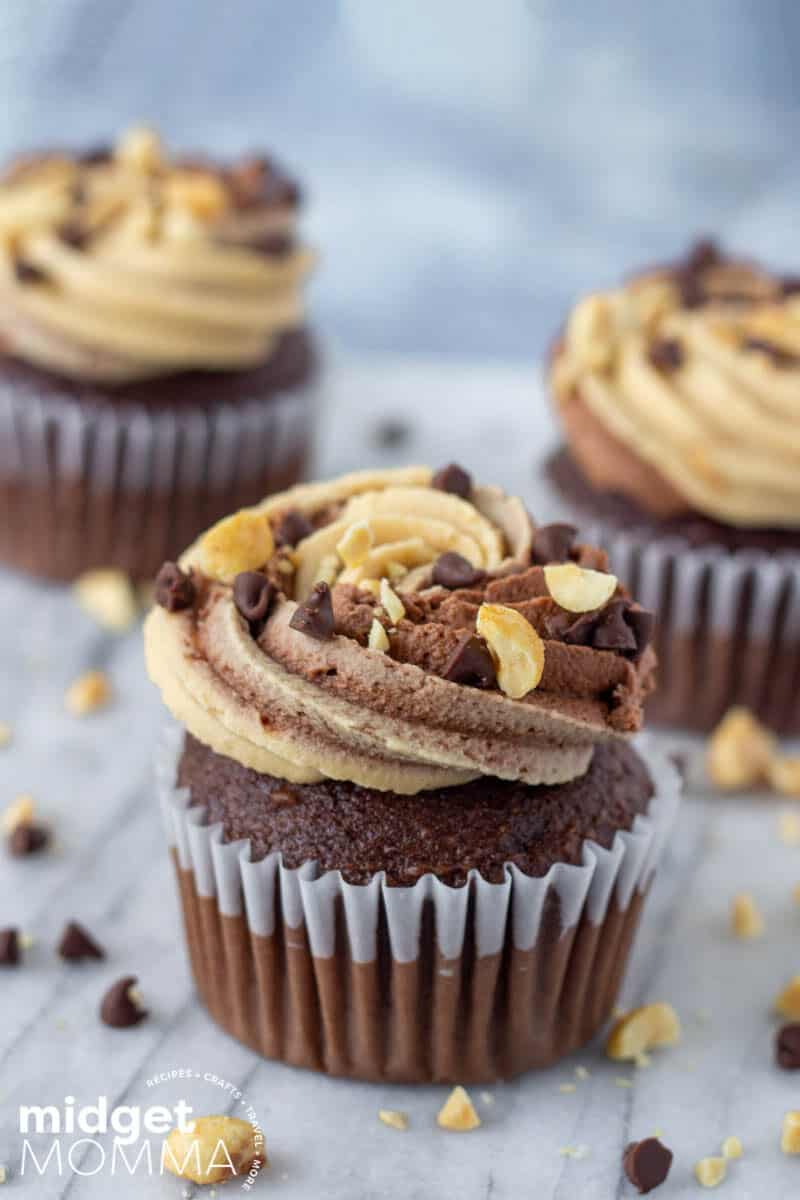 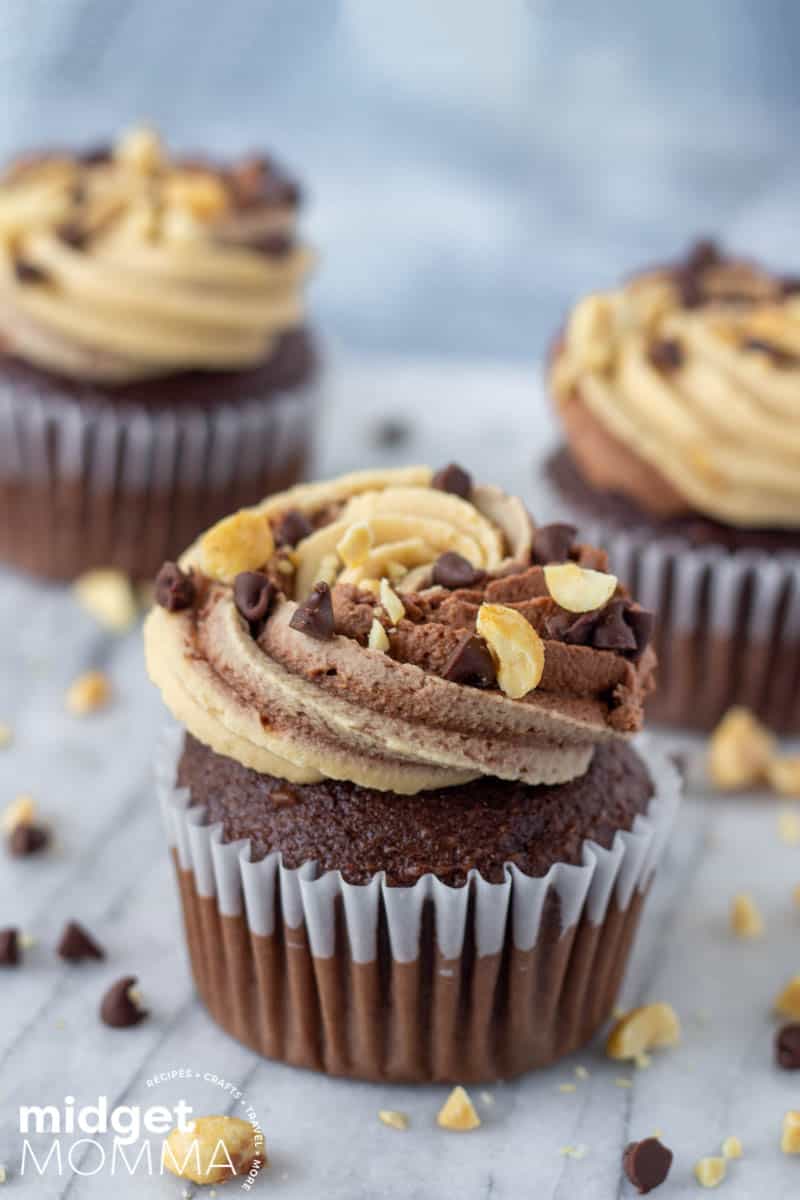 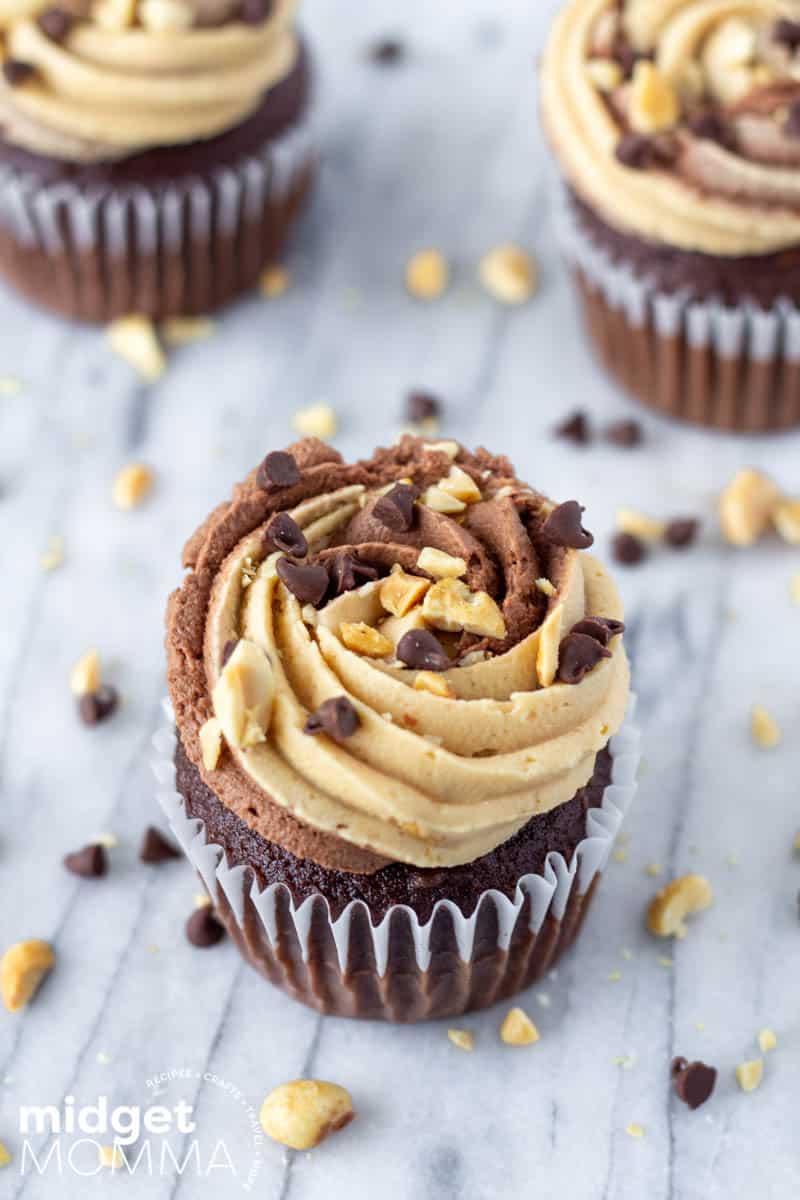 How to Decorate Cupcakes

One of the most important things when making cupcakes is how you decorate them. Yes you can use a knife like my mom used to to spread frosting on top of them but they look so pretty and professional when you pipe the frosting to decorate them.

The icing swirl is my all time favorite way to pipe frosting on a cupcake and it is SUPER easy to do! If you have never made an icing swirl, check out this step by step guide on how to make an icing swirl. It really changes the look of your cupcakes and they look like they came from a bakery! 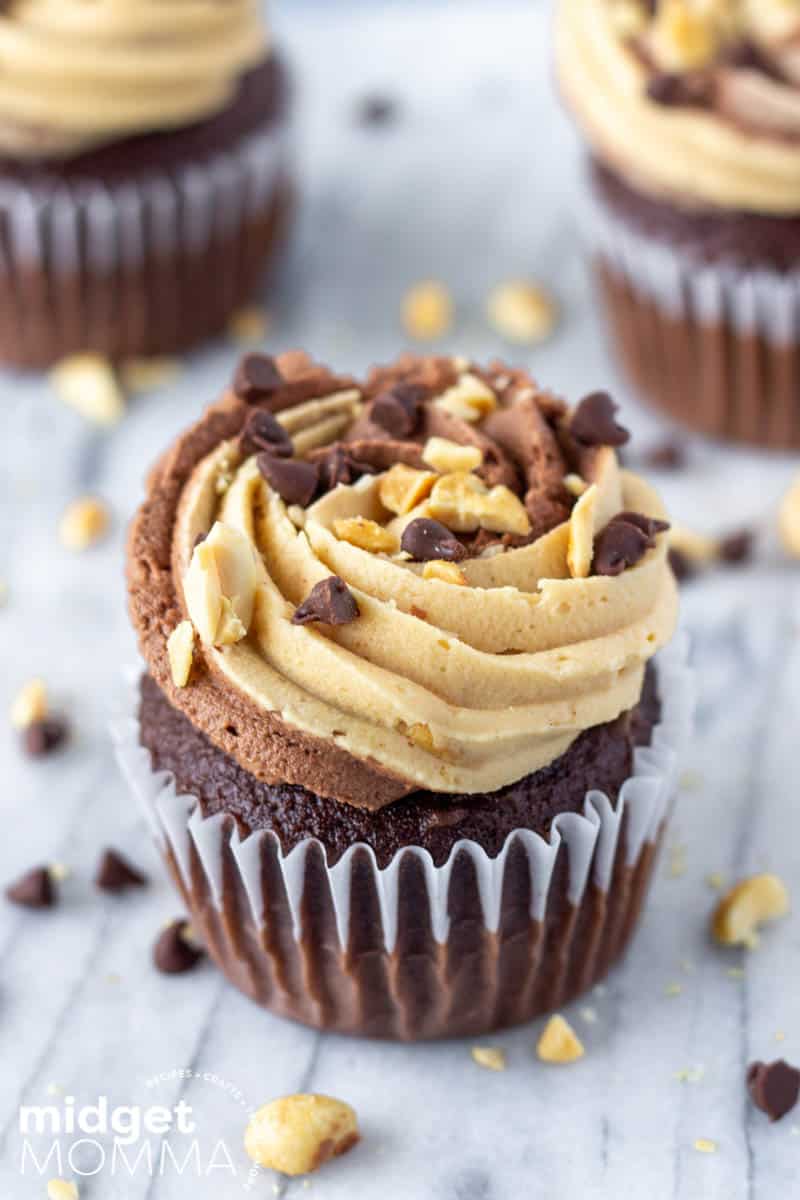 Tips for Making this recipe

Can Cupcakes be frozen?

Yes they can. You will want to freeze them without any frosting on them. Wrap them individually with plastic wrap and freeze on a baking sheet. Then once they are solid store in a zip close freezer bag. They will keep for up to 2 months when frozen.

I added chocolate chips and chopped peanuts on top of these cupcakes, but you can also add chopped Reece’s cups, Reece’s pieces if you want to instead. 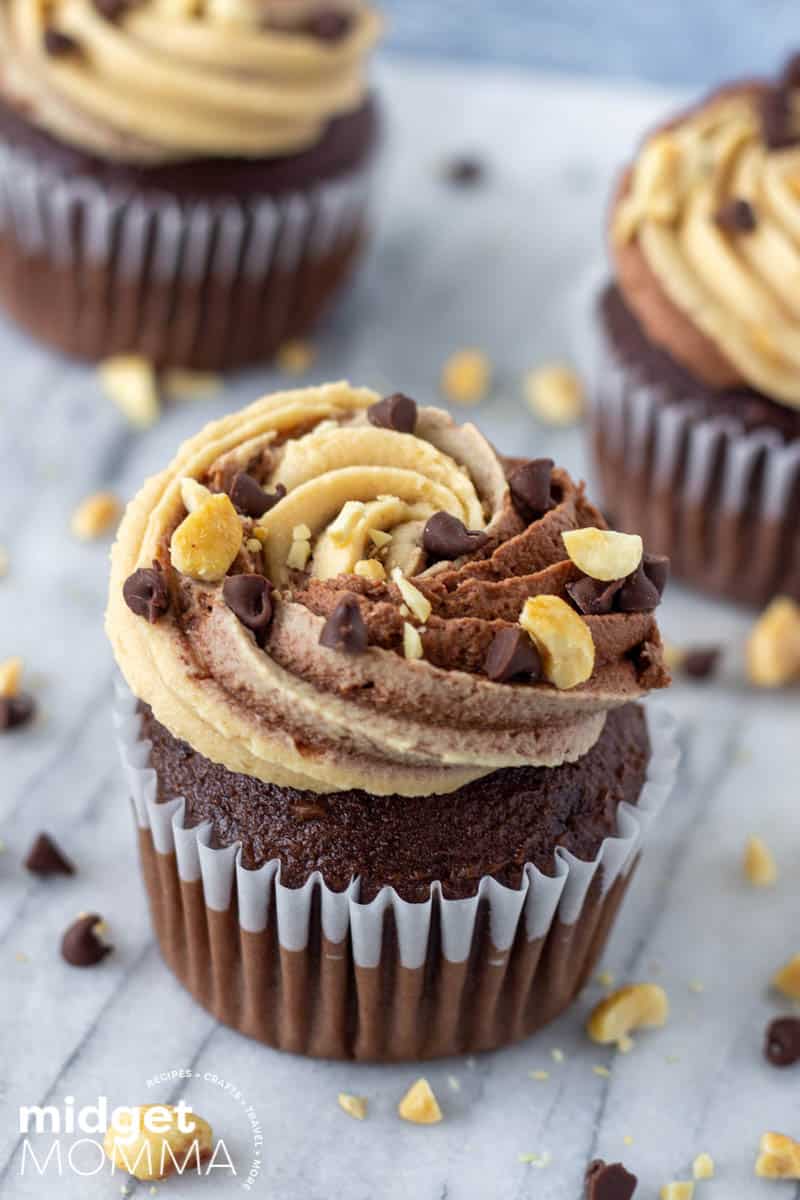 How to Make Chocolate Cupcakes with Chocolate Peanut Butter Buttercream

Make chocolate cupcakes and allow them to cool.

Combine chocolate and peanut butter buttercream in a piping bag.

Pipe the buttercream onto each cupcake.

Sprinkle the cupcakes with the chopped peanuts and mini chocolate chips. 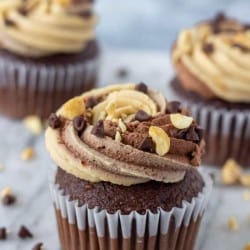 How to Make chocolate cupcakes

How to Make peanut butter buttercream

How to Make chocolate buttercream 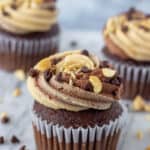 This website uses cookies to improve your experience while you navigate through the website. Out of these, the cookies that are categorized as necessary are stored on your browser as they are essential for the working of basic functionalities of the website. We also use third-party cookies that help us analyze and understand how you use this website. These cookies will be stored in your browser only with your consent. You also have the option to opt-out of these cookies. But opting out of some of these cookies may affect your browsing experience.
Necessary Always Enabled
Necessary cookies are absolutely essential for the website to function properly. This category only includes cookies that ensures basic functionalities and security features of the website. These cookies do not store any personal information.
Non-necessary
Any cookies that may not be particularly necessary for the website to function and is used specifically to collect user personal data via analytics, ads, other embedded contents are termed as non-necessary cookies. It is mandatory to procure user consent prior to running these cookies on your website.
SAVE & ACCEPT
21 shares