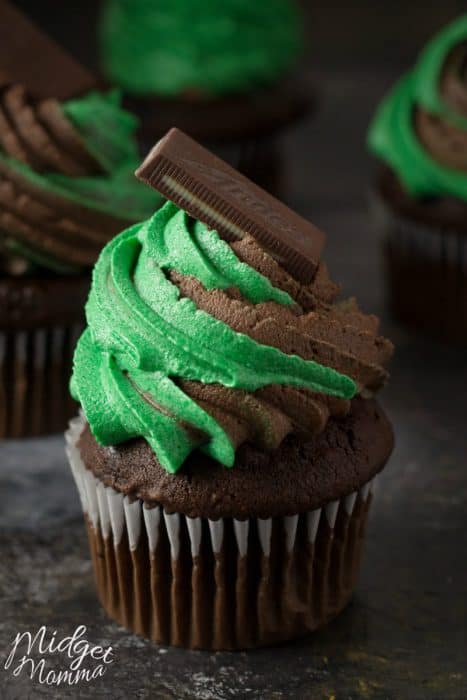 For this Andes Mint Cupcake I am warning you, you may never want to eat an Andes Mint again and only have the cupcake version. These chocolate Mint Cupcakes are AMAZING!

Every year my husband gets Andes mints in his stocking. It is something that has been a tradition for him since he was a kid and I like to keep the tradition going.

This year we ended up having a lot of Andes Mints left over in our candy bin and I wanted to use them up. What better way then to make an amazing chocolate cupcake with creamy mint and chocolate buttercream that tastes just like the Andes Mints.

Looking for more cupcake recipes? Check these out!

Let the cupcakes cool completely before frosting. I find it best to bake the cupcakes, remove them from the baking pan and then start making the frosting. This way the cupcakes are cooled when I go to frost them.

Use a pastry bag or thick zip close bag to frost the cupcakes. I much prefer decorating cupcakes with a pastry bag, it makes life easier. But if you don’t happen to have pastry bags you can use freezer zip top bags. But you need to make sure you’re using the freezer bags or when you push the frosting out the bag will rip open. Trust me I’ve had experience with this!

Do not over bake. Leaving cupcakes in the oven baking longer then needed will dry out the cupcake.

Can I make these cupcakes in advanced?

If you are wanting to make these in advance the best way is making the cupcakes the day before and the frosting but keeping them separate stored in the fridge until you are going to serve them. Then bring the frosting to room temperature and frosting them before serving.

If you have any extra frosting, the frosting will keep in the fridge for up to 2 weeks as long as it is stored in an air tight container. You will want to bring the frosting to room temperature before using it to frost cupcakes, and you may want to rewhip the buttercream in your stand mixer.

How to Make Andes Mint Cupcakes

Bake the chocolate cupcakes and allow them to cool completely.

Once they are cooled, use the easy how to fill a pastry bag trick and add the chocolate buttercream frosting to one side of the pastry bag and the mint buttercream to the other side.

Then use the cupcake swirl method to frost each cupcake.

When all cupcakes are frosted with icing top them with an Andes Mint. 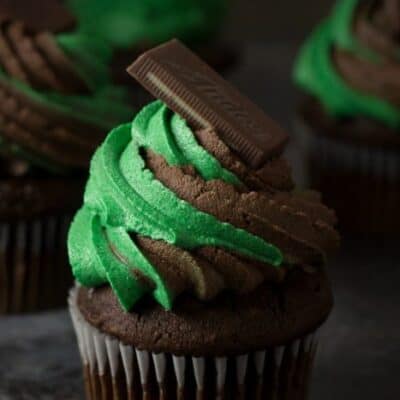 How to Make Chocolate Cupcakes

How to Make Mint Buttercream

How to Make Chocolate Buttercream

Looking for more amazing cupcake ideas? Make sure you check out these 19 cupcake frosting recipes that will totally change your cupcakes! 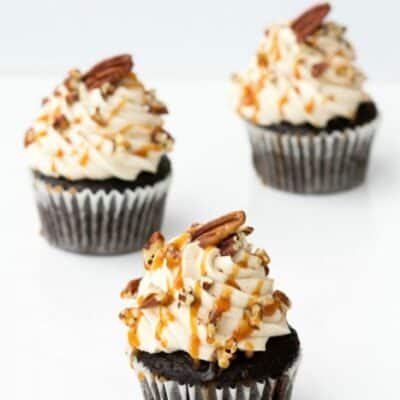 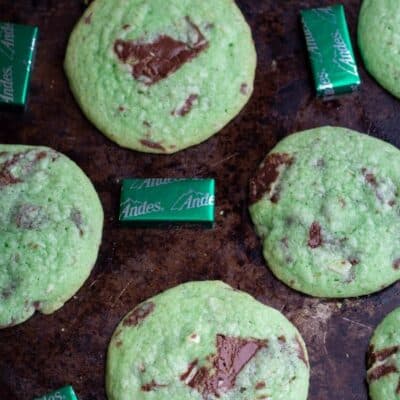 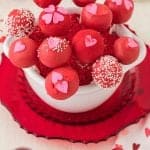 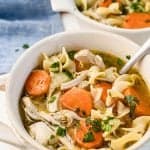 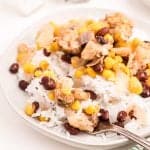 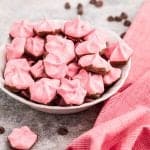 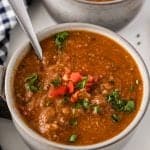 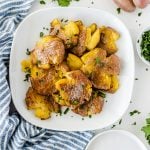 This website uses cookies to improve your experience while you navigate through the website. Out of these, the cookies that are categorized as necessary are stored on your browser as they are essential for the working of basic functionalities of the website. We also use third-party cookies that help us analyze and understand how you use this website. These cookies will be stored in your browser only with your consent. You also have the option to opt-out of these cookies. But opting out of some of these cookies may affect your browsing experience.
Necessary Always Enabled
Necessary cookies are absolutely essential for the website to function properly. This category only includes cookies that ensures basic functionalities and security features of the website. These cookies do not store any personal information.
Non-necessary
Any cookies that may not be particularly necessary for the website to function and is used specifically to collect user personal data via analytics, ads, other embedded contents are termed as non-necessary cookies. It is mandatory to procure user consent prior to running these cookies on your website.
SAVE & ACCEPT
8534 shares