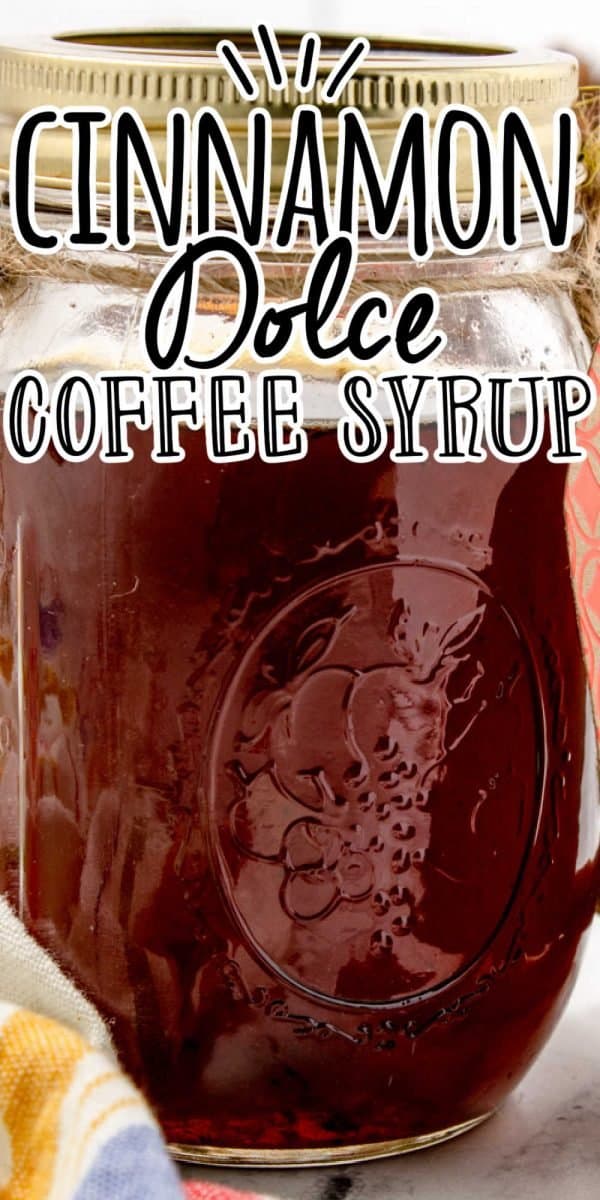 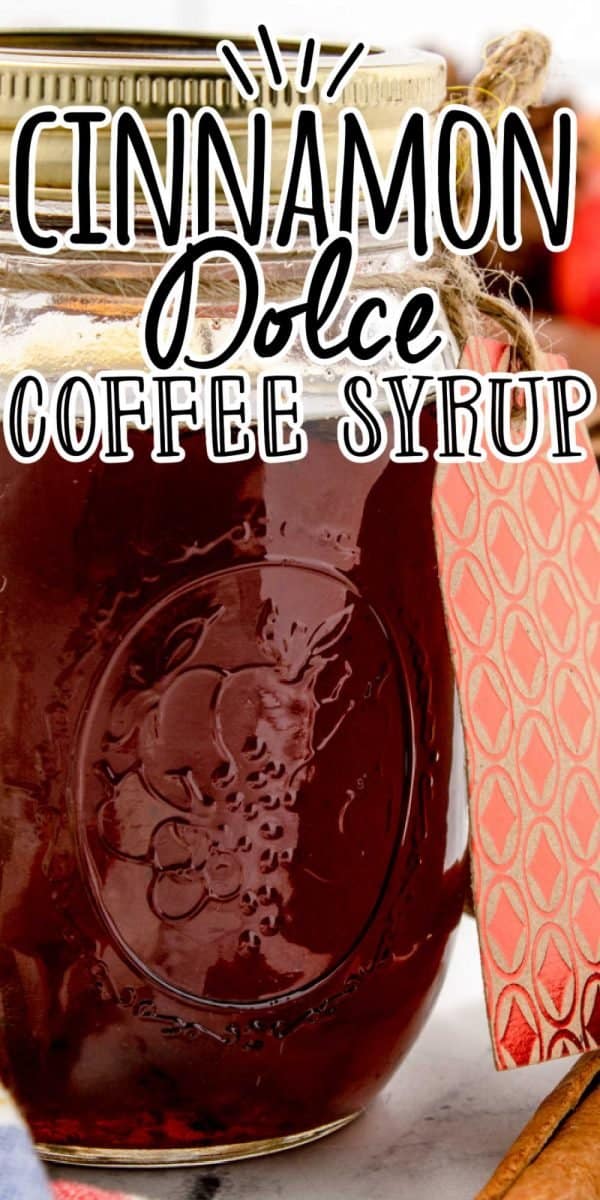 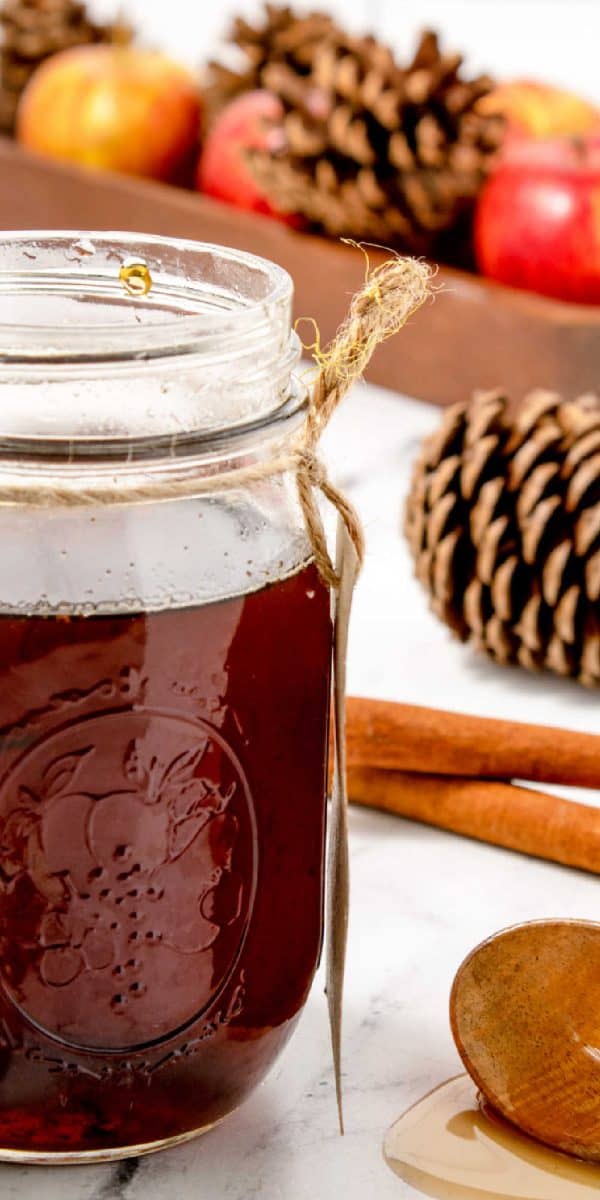 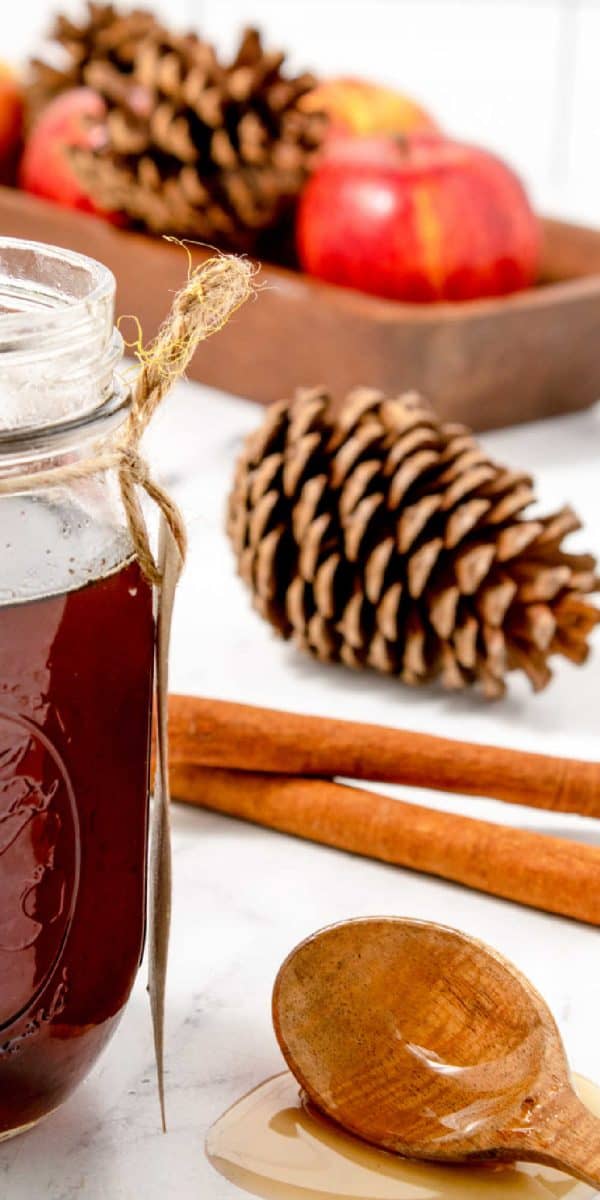 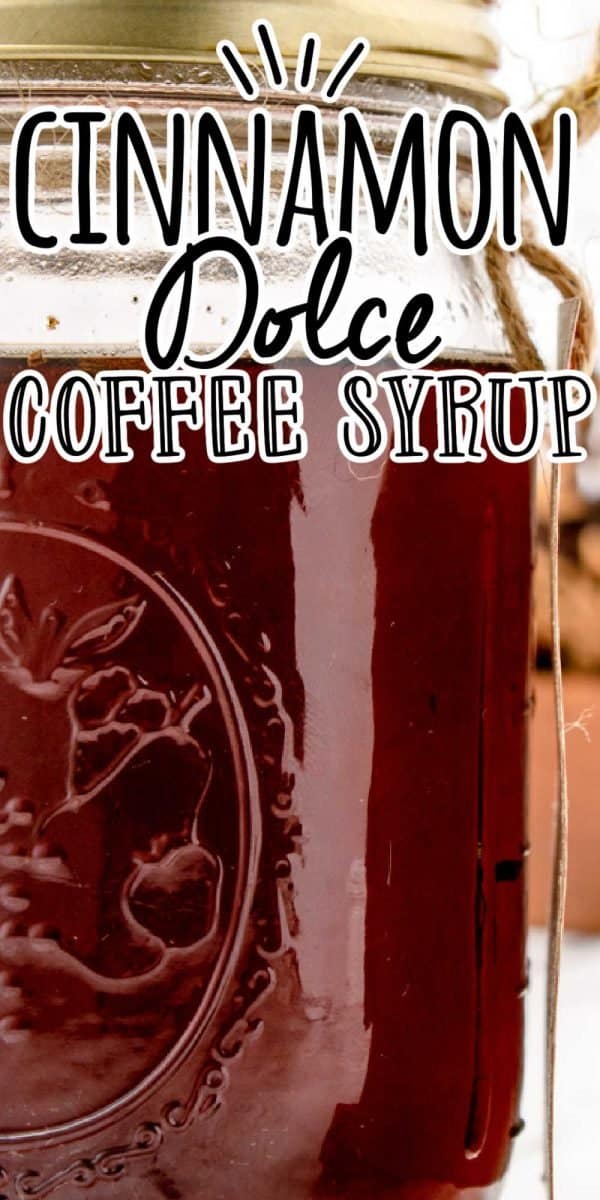 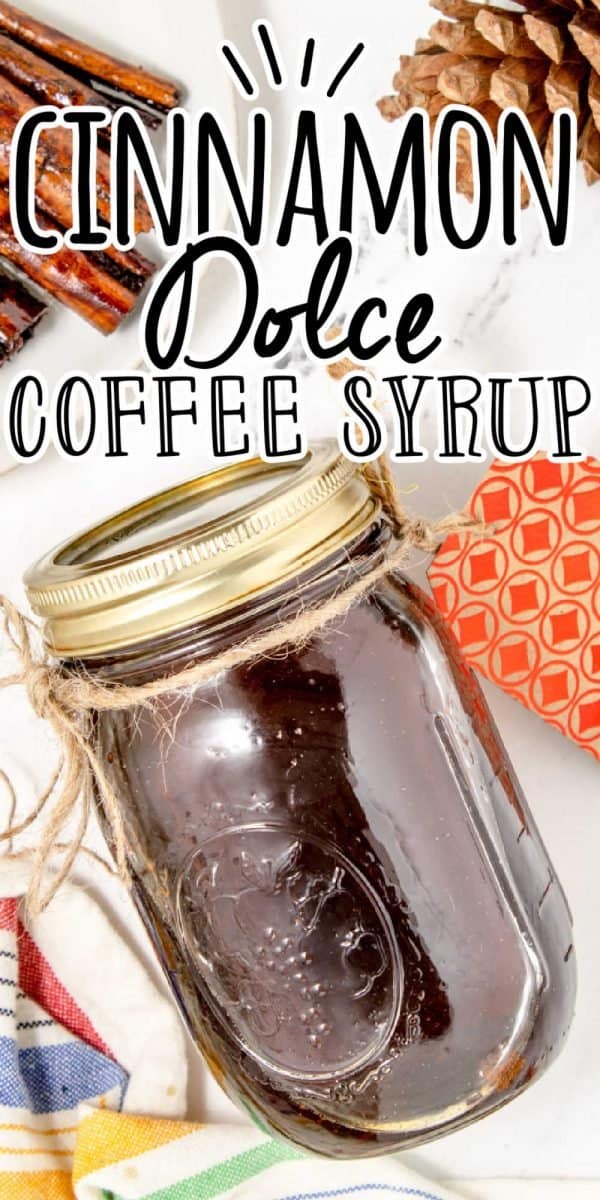 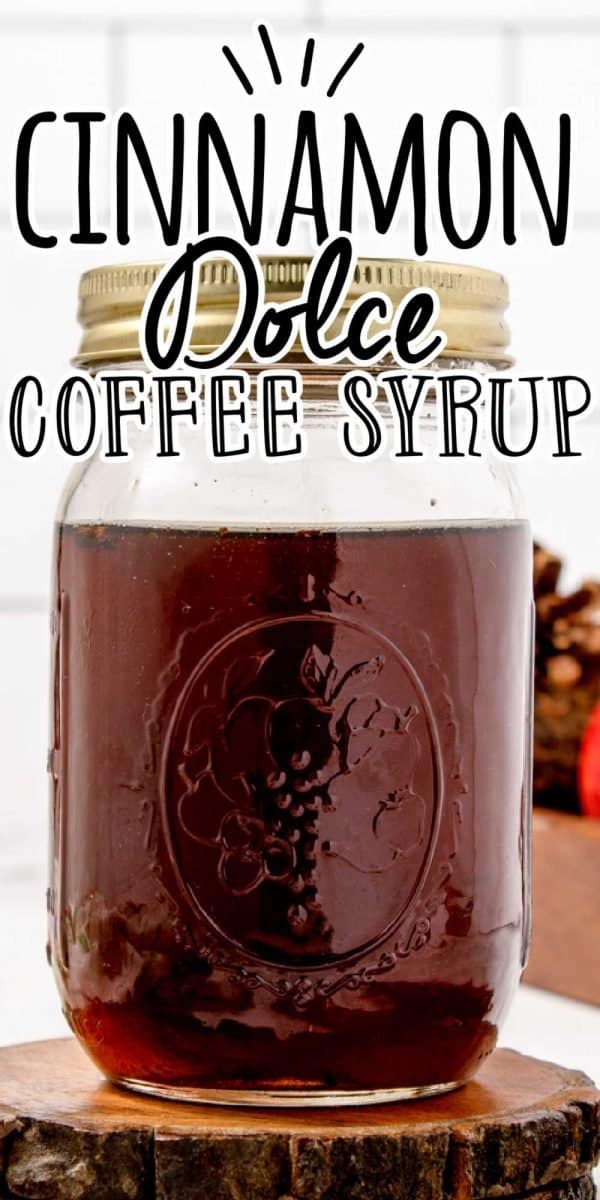 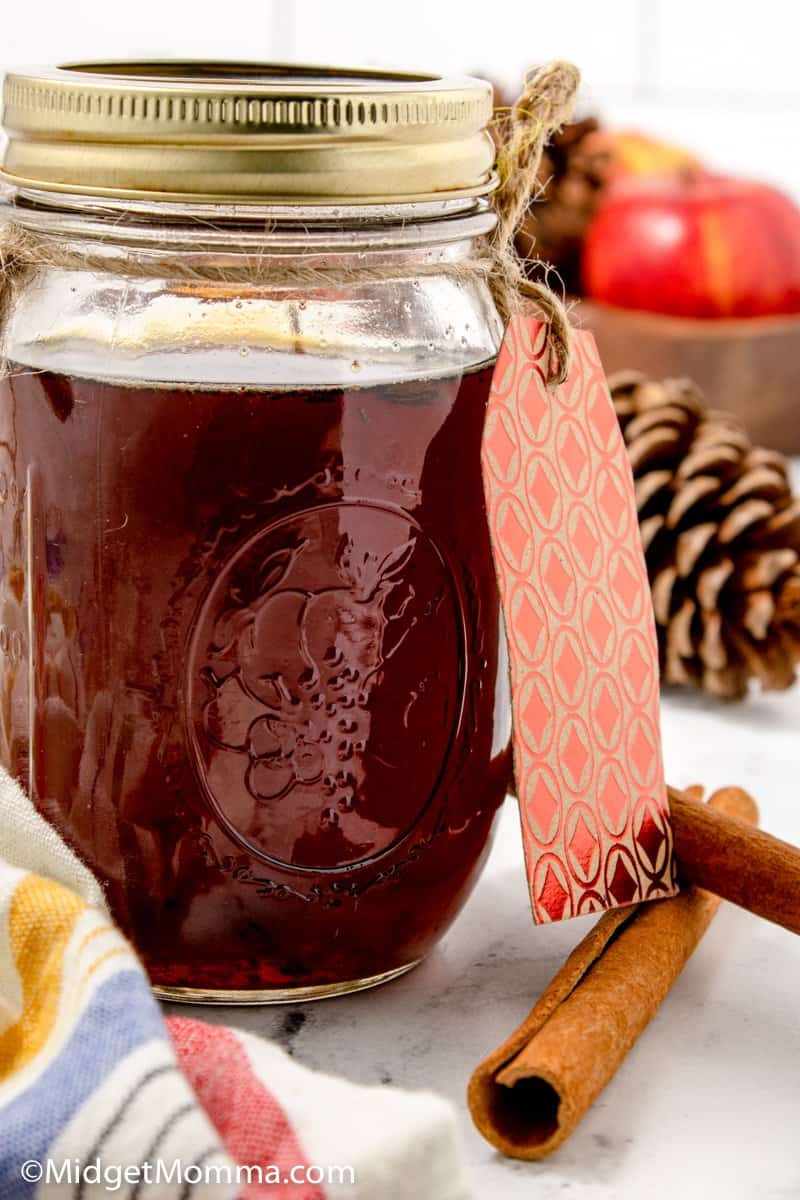 I love Starbucks but the closest one to me is over a half an hour away! If I am just looking for a yummy pick me up in the late afternoon, then I need to be able to make my Starbucks favorites in my own kitchen. I am on a mission to figure out all of Starbucks coffee syrups to have at home and I have to say, this cinnamon dolce syrup is spot on.

The cinnamon dolce coffee is my mom’s favorite because she loves a good cinnamon coffee. If you are a fan of it like my mom then you are going to LOVE this Copycat Starbucks Cinnamon Dolce Syrup Recipe! It will not only make you not have to go out to get it, but it is also cheaper to make at home and you never have to wait line again. The best of all worlds. Save time, money and have the taste you crave.

What does Cinnamon Dolce Mean

Cinnamon Dolce means sweet cinnamon. Most people associate it with Starbucks and some of their speciality drinks. This sweet cinnamon can be used in different drink recipes, dessert recipes and as a topper to other recipes.

The Copycat Starbucks Cinnamon Dolce Syrup Recipe tastes like a delicious, sweet cinnamon coffee. It is a combination of cinnamon and brown sugar. It has the right flavor to enjoy on ice or add it to your favorite iced drink for that extra special touch!

Should you refrigerate cinnamon dolce syrup?

No, you do not need to refrigerate the copycat Starbucks syrup, but you can. Keep it in an airtight container no matter where you store it. I like using mason jars or recycling old bottles. As long as you keep it sealed and out of direct sunlight, the Copycat Starbucks Cinnamon Dolce Syrup will last for a few weeks. If you keep it in the refrigerator, the syrup will last for about 6 months.

Can This Be Made Sugar Free

What to use Cinnamon Syrup for:

Flavored latte or coffee- While there are certain drinks that specifically call for Cinnamon Dolce, you can use it in any of these Starbucks Drinks. You can substitute the flavored syrup it calls for or add it in as additional flavor.

Add this syrup into desserts like cupcakes, frosting or cinnamon rolls. – This will work great on any type of dessert that goes well with cinnamon. Desserts like Apple Betty Recipe, Apple Pie Rolls and Mardi Gras Cinnamon Cupcake Recipe.

Use it as a topper on pancakes or waffles.

Combine it in cocktails or mixed in with alcohol like bourbon.

It also makes a great gift if you are looking for homemade gift ideas!

How to Make a Cinnamon Dolce Latte

In a large mug add 1 cup of milk and 1 tablespoon Cinnamon Dolce Latte syrup and heat in the microwave for 1 minute. While heating make expresso.

Add the espresso to the warmed milk and Cinnamon Dolce syrup and stir.

Top with whipped cream if desired.

How to Make Cinnamon Dolce Syrup

In a medium saucepan place water, sugars, and cinnamon stick.

Bring to a low boil, reduce heat and simmer for 15 minutes.

Remove from heat, stir in vanilla and remove cinnamon sticks.

Allow to cool for 10 minutes and pour into container of choice. 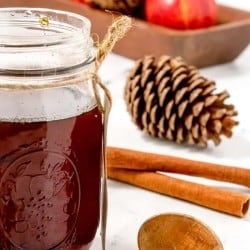 Created by Lauren
3.97 from 31 votes
Prep Time 5 mins
Cook Time 20 mins
Total Time 25 mins
Print Recipe Pin Recipe Rate Recipe
The Copycat Starbucks Cinnamon Dolce Syrup Recipe is made with simple ingredients and it can be whipped up in about five minutes, or less! 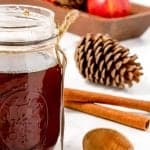 This website uses cookies to improve your experience while you navigate through the website. Out of these, the cookies that are categorized as necessary are stored on your browser as they are essential for the working of basic functionalities of the website. We also use third-party cookies that help us analyze and understand how you use this website. These cookies will be stored in your browser only with your consent. You also have the option to opt-out of these cookies. But opting out of some of these cookies may affect your browsing experience.
Necessary Always Enabled
Necessary cookies are absolutely essential for the website to function properly. This category only includes cookies that ensures basic functionalities and security features of the website. These cookies do not store any personal information.
Non-necessary
Any cookies that may not be particularly necessary for the website to function and is used specifically to collect user personal data via analytics, ads, other embedded contents are termed as non-necessary cookies. It is mandatory to procure user consent prior to running these cookies on your website.
SAVE & ACCEPT
5134 shares